Hundreds of thousands of protesters returned to the streets of Hong Kong after violent scenes at the city's airport earlier this week.

Hong Kong is gearing up for further protests this week after hundreds of thousands of anti-government demonstrators braved heavy rain to rally peacefully on Sunday, marking a change to what have often been violent clashes. 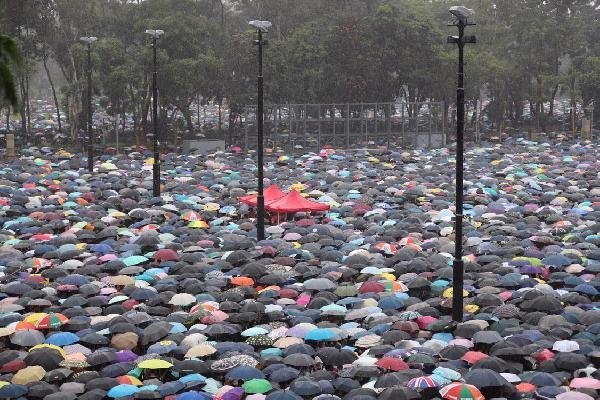 Protesters spilling out from Victoria Park, the designated rally area on Hong Kong island, streamed onto major thoroughfares toward the city’s financial center, chanting for Beijing-backed leader Carrie Lam to step down. 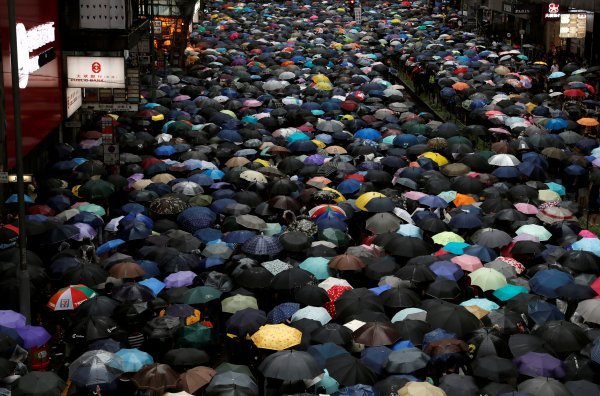 Police estimated the size of the crowd in Victoria Park at 128,000 at its peak, although that excludes the masses of umbrella-carrying demonstrators who packed the streets. 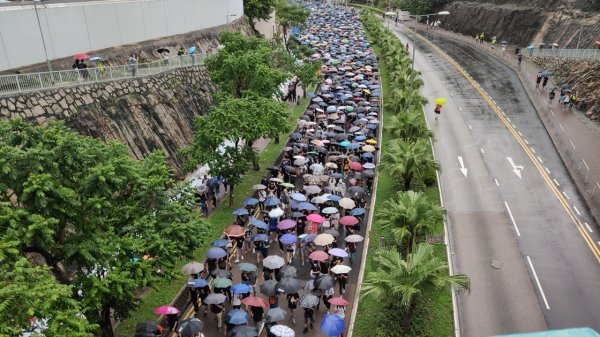 CNN PUTS ITS SUPPORT TO THE PROTESTS

Police said on Monday that while Sunday’s demonstration was mostly peaceful, there were breaches of the peace in the evening when some protesters defaced public buildings and aimed laser beams at officers.

CNN, also has declared its support to the demonstrators who have been said were supported by the American government.

US media outlet has started to give live coverage of the “pro-democracy” protests. 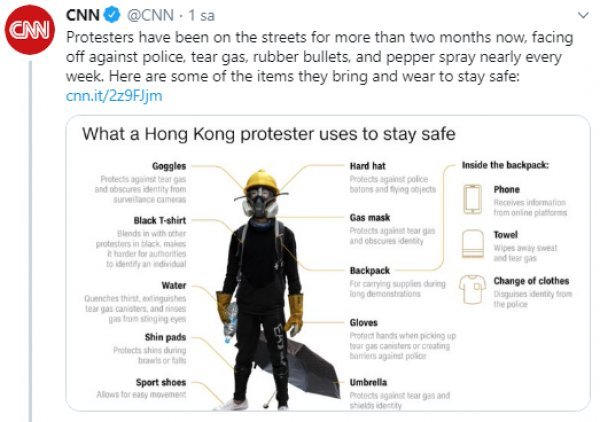 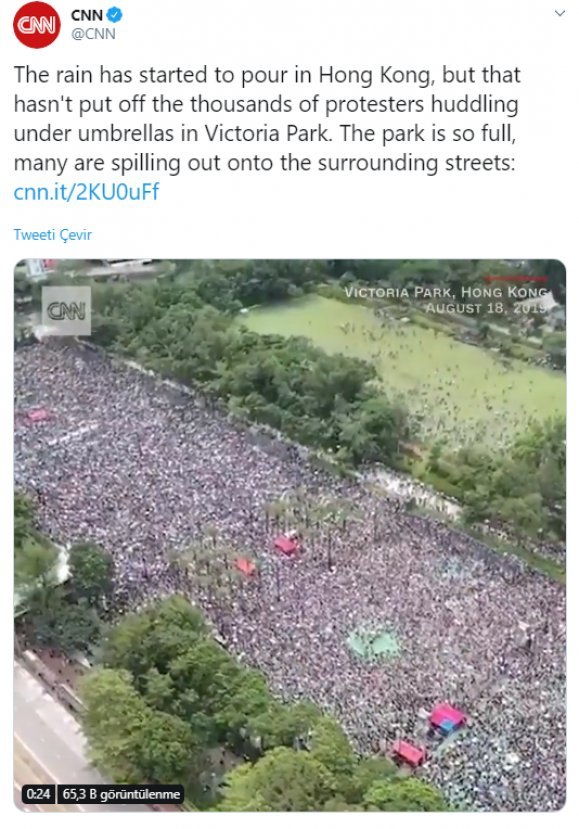