Man set on fire after arguing with Hong Kong protesters

A video circulating shared on social media showed a man being doused in clear liquid and then set on fire.

Hong Kong authorities said a man was set alight following a heated argument with protesters during a day of widespread clashes across the city.

The incident took place in the northern area of Ma On Shan, around 20 kilometers from the central business district.

The video shows the man walking away from the group as he shouts: “You are not Chinese”. The protesters respond saying: “We are Hong Kongers”, before a shouted insult sees the man in green return to confront them. 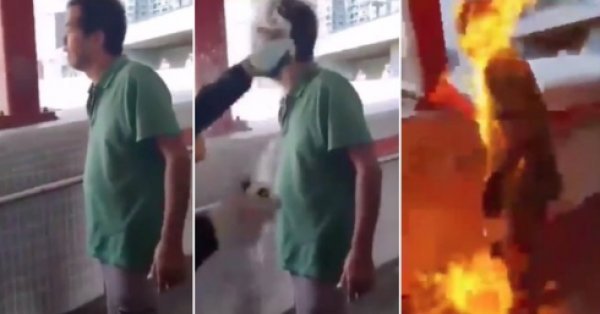 A protester dressed in black then throws a liquid over the man and sets him ablaze as the victim frantically tries to remove his T-shirt.

According to the local sources, the man has been admitted to hospital in critical condition.