Several Twitter accounts of well-known US figures and companies have apparently been compromised by a hacker asking users to send funds to a Bitcoin account.

Several prominent Twitter accounts appear to have been hacked Wednesday, including those of musician Kanye West, tech luminary Elon Musk and US presidential contender Joe Biden.

"WE HAVE LOCKED ACCOUNTS THAT WERE COMPROMISED"

Screen grabs taken from the accounts appear to show them posting a link asking for Bitcoin donations, variously saying in some form they are "giving back" to their communities or fans by doubling any donations. 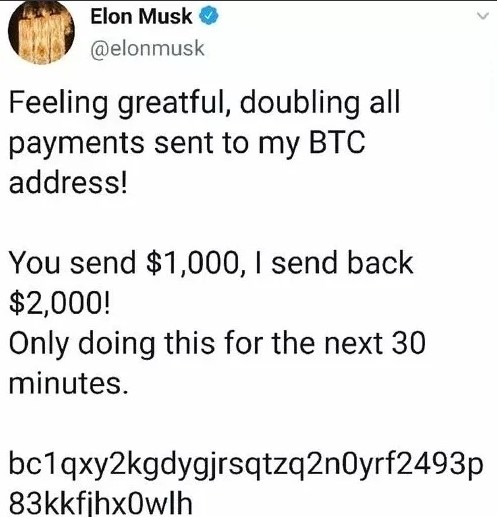 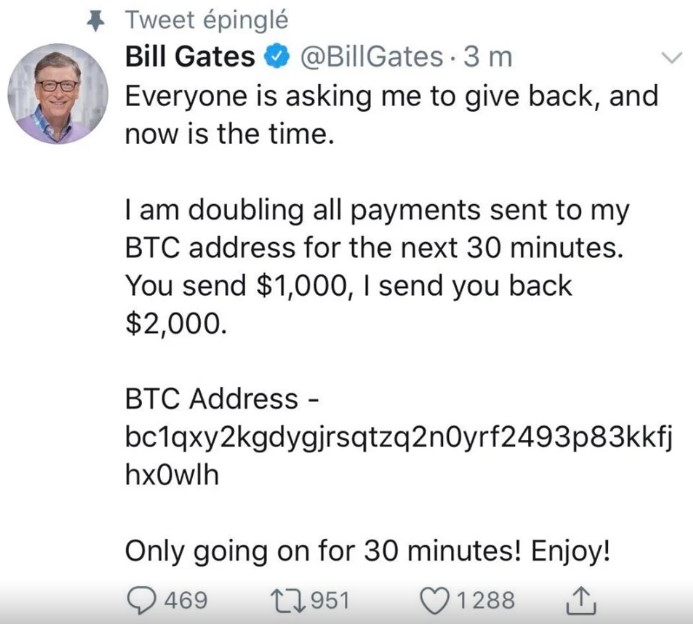 "We are investigating and taking steps to fix it. We will update everyone shortly," it said.

At 8:41 p.m., Twitter announced things should be mostly back to normal.

"We have locked accounts that were compromised and will restore access to the original account owner only when we are certain we can do so securely. Internally, we’ve taken significant steps to limit access to internal systems and tools while our investigation is ongoing." Twitter wrote.