On his first foreign trip since winning the premiership a month ago, UK Prime Minister Johnson warned German Chancellor Angela Merkel and Macron that they will face a potentially disorderly no-deal Brexit on Oct. 31 unless the European Union does a new deal.

Britain’s destiny lay in Johnson’s hands alone, Macron said, adding that while no-deal was not a scenario desired by the EU the bloc would be ready for such an eventuality. 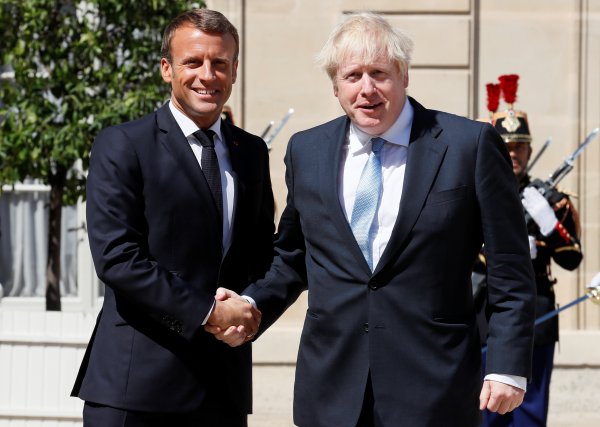 "I want to be very clear: in the month ahead, we will not find a new withdrawal agreement that deviates far from the original," Macron said in the Elysee Palace courtyard alongside Johnson. But he extended a hand to Johnson, adding: "Nobody is going to wait until Oct. 31 without trying to find a good solution." Johnson told Macron that he wanted a Brexit deal and believed it was still possible to reach one in time for the Oct. 31 deadline. 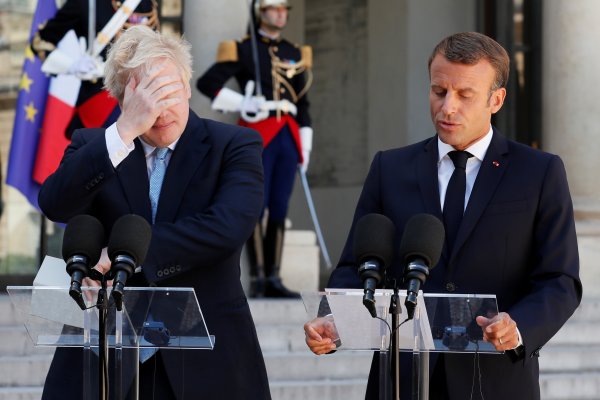 The handshake between Johnson and Macron was long-lasting. French President nearly pushes Boris Johnson over in ridiculously long handshake.