Macron calls Trump to clarify his position on EU

Macron has urged Trump to clarify his position regarding the EU, repeatedly the target of the US president's barbs.

French President Emmanuel Macron said Monday that the Trump should clarify his position regarding the EU.

"TRUMP SHOULD MAKE A DECISION"

"What is certain is that we have some ambiguities, especially when you look at  Trump’s position regarding Brexit, and the fact that he promotes a hard Brexit," Macron said in an interview published by New Yorker magazine. "I think he has to clarify his position vis-a-vis Europe," he added.

Emphasizing the rising far-right threat in Europe, Macron said that it did not affect the European Parliament elections as it had previously been expected.  "A few months ago, a lot of people thought that this new coalition of the far right could take a majority or block a majority in the European Parliament, which didn’t happen," he said. "This is, for me, one of the positive outcomes of the elections," Macron said, alleging that far right actors received backing from various foreign sources. Macron said he did see Trump and his administration as one of these powers. 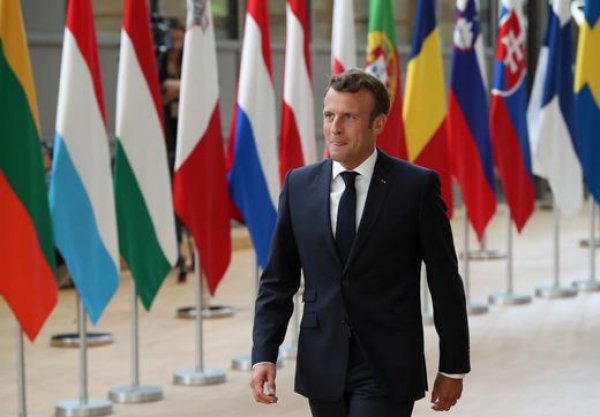 Separately, Macron said earlier that he would discuss the climbing tension between the US and Iran with Trump during this week’s G20 summit in Japan.

Tensions have been rising between the US and Iran since May 2018, when Washington unilaterally withdrew from a landmark 2015 nuclear deal between Tehran and the five permanent members of the UN Security Council plus Germany and the EU.