French President Emmanuel Macron said there was a window between now and July 8 for more dialogue to save the Iran nuclear deal.

French President Emmanuel Macron said on Monday he regretted Iran’s announcement that it would exceed the allowed enriched uranium limit, but that Paris would hold talks with Iran and its partners to avoid any further escalation in the region.

"I WANT A JOINT INTERVIEW"

“I regret the Iranian announcements made today, but as the IAEA (International Atomic Energy Agency) has underlined, Iran is respecting its commitments and we strongly encourage it to be patient and responsible,” Macron told a news conference alongside his Ukrainian counterpart. 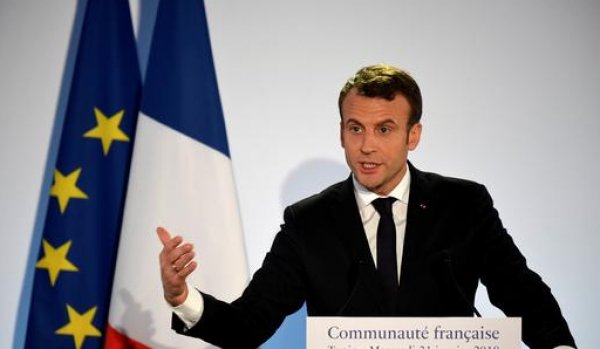 “All forms of escalation do not go in the right direction and won’t help Iran itself and the international community so we will do all we can with our partners to dissuade Iran and find a path to a possible path for dialogue,” Macron said.