Ahead of a two-day NATO meeting in London, Lithuanian foreign minister said that they trust Turkey on NATO’s Baltic defense plans.

"WE SHOULD RECOGNIZE TURKEY'S SECURITY INTERESTS"

“Re Baltic States’ defense plans: do we trust our Ally Turkey? Do we recognize their security interests? Yes we do,” said Linas Linkevicius on Twitter ahead of a two-day NATO summit in London. “Process of NATO adjustment continues. Solidarity should prevail,” he added. 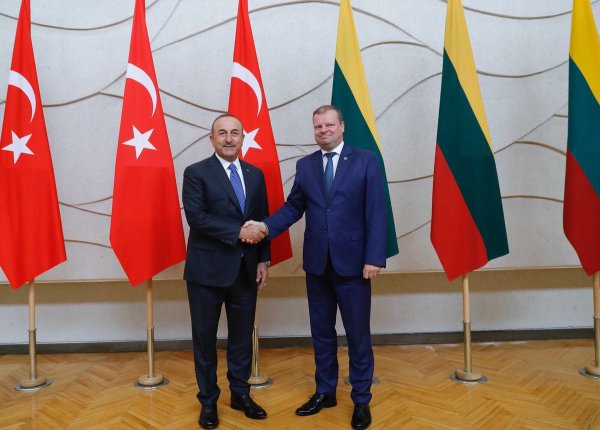 Reluctant to back NATO defense plans for Poland and the Baltics ahead of the summit, Turkey has taken issue with the alliance failing to recognize the threat it faces from the terrorist YPG/PKK along its southern border, in northern Syria.

"NATO must act in a way that will meet the concerns of all allies. What is wanted for the Baltics should be wanted for us too," Turkish Foreign Minister Mevlut Cavusoglu said last week.