Libya's UN-recognized government denied the presence of any Turkish ship at Tripoli's port which was bombed by militias of renegade commander Khalifa Haftar on Tuesday.

"PORT WAS USED ONLY FOR CIVILIANS"

The Government of National Accord's Ports Directorate stated that Haftar's forces struck the Port of Tripoli with missiles on Tuesday, according to Libyan Panorama TV channel.

Also, Mustafa al-Mujie, spokesman for Operation Volcano of Anger, a military campaign launched by government forces, said the Haftar attack left a number of commercial vessels and goods in flames, denying reports that claimed a Turkish ship or ammunition warehouse was targeted. 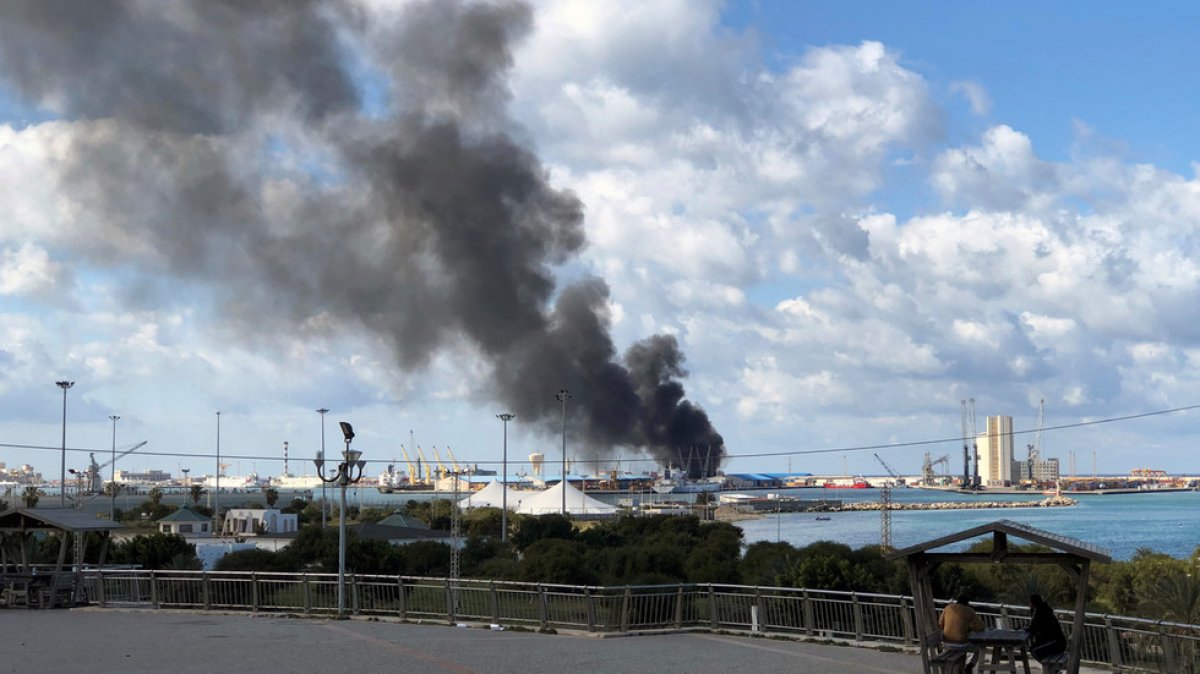 It added that the port was used only for civilian purposes, and that it did not contain any military equipment when it was bombed.

T.V. channels affiliated with Saudi Arabia and the United Arab Emirates claimed that the bombing targeted a Turkish ship while it was transporting weapons to Libya.