King Salman to host US troops

According to a statement released by the foreign ministry, Saudi Arabia has approved the move in a bid to enhance regional security in the face of regional threats.

Saudi Arabia’s ruler has approved hosting US armed forces in the Kingdom, the Ministry of Foreign Affairs said Saturday.

"TO BOOST THE JOINT EFFORTS WITH THE US"

Citing a Defense Ministry official, it said on its official Twitter account that "based on the efforts to strengthen regional security and stability, and based on the joint cooperation between the Kingdom of Saudi Arabia and the United States of America, his majesty King Salman bin Abdulaziz Al-Saud, the Supreme Commander of the armed forces, has approved hosting US armed forces in the Kingdom to increase joint cooperation in defense of regional security and stability and to preserve its peace." 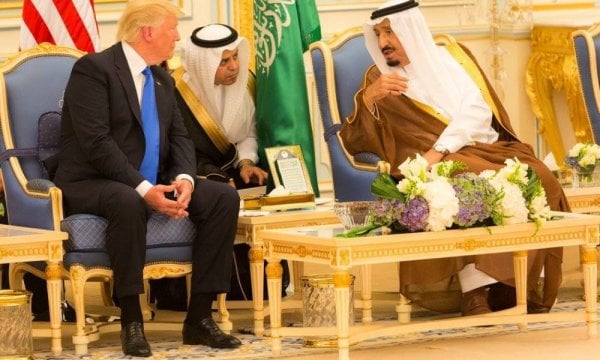 The state-run Saudi Press Agency (SPA) reported the move earlier but did not provide details on the number of US troops that are expected to arrive in the Kingdom.

CNN reported Thursday that the US is preparing to send 500 troops to the country.