"SANCTIONS AGAINST IRAN ARE STILL ON THE TABLE"

Speaking to reporters on his way to the US for the UN’s General Assembly meeting early on Monday, Johnson said "the UK is attributing responsibility with a very high degree of probability to Iran for the Aramco attacks". "We will be following that very closely," Johnson said. "And clearly if we are asked, either by the Saudis or by the Americans, to have a role, then we will consider in what way we could be useful... depending on what the exact plan is," he added. 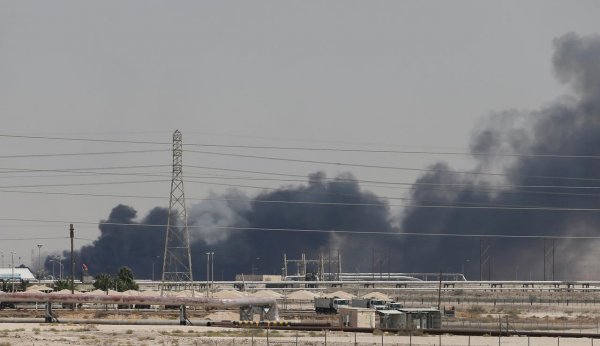 Johnson reiterated the UK’s position that it would be working with the US and other partners "to construct a response that tries to de-escalate tensions in the Gulf region".

sanctions against Iran are still on the table