Johnson and Johnson liable for $572 million in Oklahoma court

An Oklahoma judge on Monday ordered Johnson & Johnson to pay $572.1 million to the state for its part in fueling an opioid epidemic by deceptively marketing addictive painkillers.

A judge has ordered American pharmaceutical giant Johnson & Johnson to pay out over $572 million to Oklahoma for helping fuel the state's opioid epidemic.

The ruling is the first against a drug manufacturer in the US's ongoing battle against the opioid crisis. Cleveland County District Judge Thad Balkman ordered that the funds be used to help Oklahoma fight the drug problem.

JOHNSON & JOHNSON IS EXPECTED TO APPEAL THE RULING

The suit was originally brought by Oklahoma's attorney general, who argued that the company produced much of the raw opium other drug companies used to make their opiate painkillers and said Johnson & Johnson was involved in aggressive and misleading marketing in their attempt to portray opiates as safe and effective, downplaying the addiction risks associated with the drugs. 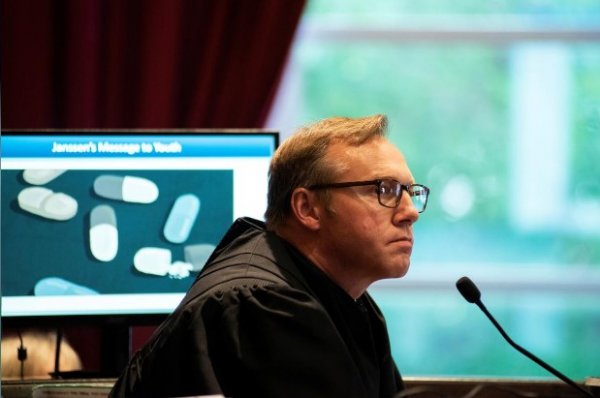 Balkman said in a 42-page decision that the company's marketing campaign was "false, misleading and dangerous," which led to "exponentially increasing rates of addiction, overdose deaths, and Neonatal Abstinence Syndrome". "As a matter of law, I find that defendants’ actions caused harm, and those harms are the kinds recognized by 50 O.S. § 1 because those actions annoyed, injured or endangered the comfort, repose, health or safety of Oklahomans," he wrote, referencing the relevant state law under which the suit was brought.