Accompanied by Israeli police, the settlers entered the Al-Aqsa through the compound’s Al-Mugharbah Gate.

Dozens of Jewish settlers on Monday forced their way into Jerusalem’s flashpoint Al-Aqsa Mosque complex, according to a Palestinian agency.

"Around 94 Jewish settlers have entered the compound," the Religious Endowments Authority -- a Jordan-run agency responsible for overseeing the city's Muslim and Christian holy sites, said in a statement. 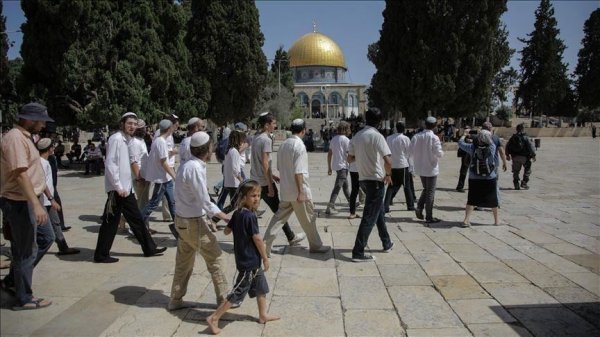 Israeli right-wing groups have called for large-scale incursions into the holy site on the occasion of Jewish New Year, which is celebrated on Monday. For Muslims, Al-Aqsa represents the world's third-holiest site. Jews, for their part, refer to the area as the "Temple Mount," claiming it was the site of two Jewish temples in ancient times.