South Korea was among 27 countries in the preferential trade list of Japan.

Japan is mulling to remove South Korea, from its preferential trade arrangement list, signaling widening of rift between the two countries, Japanese media reported on Friday.

The move is part of a trade war going on between the two neighbors in the Pacific region, after Tokyo slowed down supply of three vital electronic items, to Seoul early in July.

THE DECISION WILL IMPACT THE SUPPLY OF DUAL-USE ITEMS

"Japan will decide on Aug. 2 to remove South Korea from its list of countries allowed to trade under preferential arrangement, to buy dual use products that could be diverted for military use," Japanese Kyodo news reported.

"We believe it is an appropriate step from enforcing effective export controls to remove [South Korea] from the white list," Japanese Chief Cabinet Secretary Yoshihide Suga told reporters. But, he added that nothing has been decided yet. 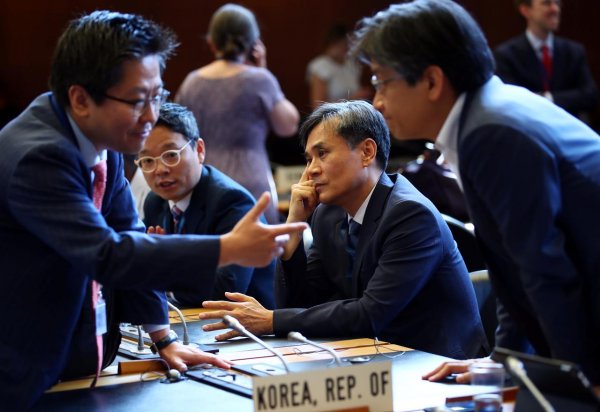 The plan, if approved, will be operationalized by late August. Japan had accorded preferential trade status to South Korea in 2004.

Both countries, close allies of the US in the region, are witnessing freezing relations, after a Korean court last October directed Japanese companies to pay compensation to wartime victims. But Tokyo refused to oblige. Japan, which had occupied Korean peninsula from 1910 to 1945, is accused of large scale rights violations. Tokyo has said that Korean court order has severely damaged the mutual trust.