South Korea had proposed a mutual compensation that labor cases should be paid by Japanese and South Korean companies.

Japan rejected a proposal by South Korea to recompense victims of forced labor during World War II, Japanese media reported on Thursday. Seoul proposed that compensation to Korean wartime labor cases should be paid by companies of both countries, the daily Japan Times reported.

"This proposal] is a measure that will help foster reconciliation between the stakeholders and move Korea-Japan relations one step forward," South Korean President Moon Jae-in said in a written statement.

"WE WOULD REMAIN OPEN TO DIALOGUE"

Moon and Japanese Prime Minister Abe Shinzo will both participate in a two-day G20 summit in Osaka, though they may not have bilateral talks. Seoul and Tokyo are in face-off over South Korean court rulings that asked Japanese companies to compensate groups of Koreans who claimed they were forced to work in Japan during World War-II. 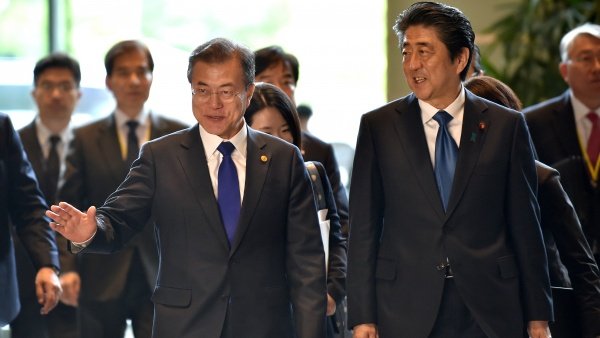 Japan responded to Seoul’s latest bid by reiterating its position that the issue was settled in a 1965 accord under which Japan provided South Korea with $500 million in "economic cooperation".

"Even though Korea and Japan signed treaties … it should be accepted that the victims are still suffering from the pain," the Moon said in the statement. "At the end of the day, our two countries’ wisdom has to be focused on how to actually heal the victims’ pain," he added. Moon also said he would remain open to dialogue with Abe on the sidelines of the G20 summit.