A Palestinian was shot by Israeli forces on Thursday in Jerusalem, according to a statement issued by the Palestinian Ministry of Health.

ALL ENTRIES WERE CLOSED TO THE OLD CITY FOLLOWING THE ATTACK

Israeli media claimed that an Israeli police officer had come under a stabbing attack and was wounded in his upper body. Israeli police said the two Palestinian attackers were juvenile. They said that one more person, who was in the vicinity, was shot and evacuated to hospital. 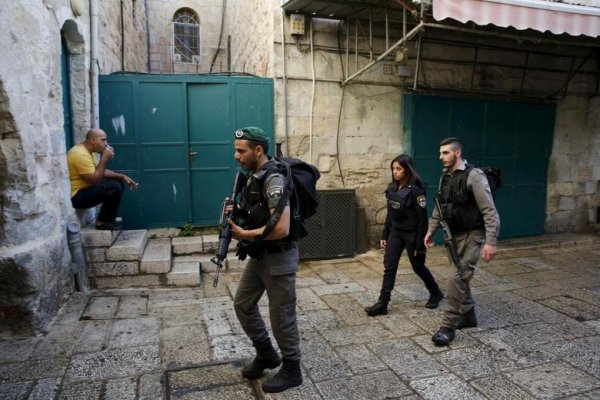 Israeli police are constantly present at all the gates leading to the Al-Aqsa Mosque compound, which they closed after the alleged stabbing attack and prevented Muslims from entering it for the evening prayer.