Israeli forces closed the gates of East Jerusalem’s flashpoint Al-Aqsa Mosque amid clashes with Palestinians, according to a Palestinian official on Tuesday.

"Dozens of Israeli soldiers stormed the Al-Aqsa compound and assaulted a number of religious figures,” Firas al-Dibs, a spokesman for the Jerusalem Islamic Waqf, a Jordan-run organization responsible for overseeing the city's Islamic sites, said in a statement.

He said Al-Aqsa mosque director Sheikh Omar Kiswani and Sheikh Wasef al-Bakri, the acting supreme judge of the Islamic Courts of Jerusalem, were among those attacked by Israeli police. He said Israeli forces attacked with batons dozens of Muslim worshippers near the Dome of the Rock mosque in the compound. "At least five Palestinians were arrested and taken into custody for investigation," al-Dibs said. 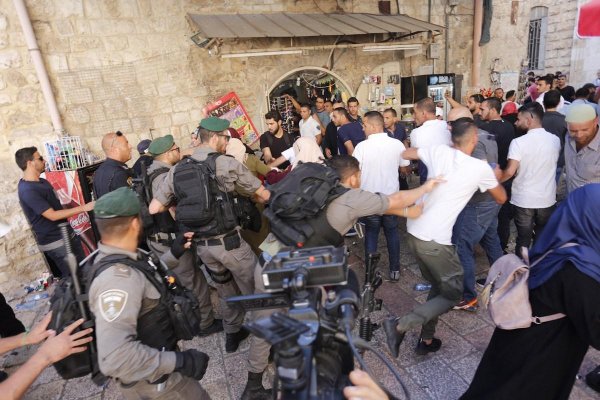 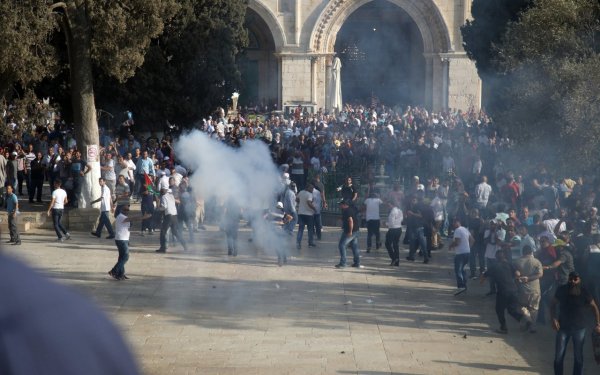 In the weeks since, the Israeli authorities have banned scores of Palestinians -- including religious officials -- from entering the Al-Aqsa, which for Muslims represents the world’s third holiest site after Mecca and Medina.

Israel occupied East Jerusalem, in which the Al-Aqsa is located, during the 1967 Arab-Israeli War. It annexed the entire city in 1980 in a move never recognized by the international community.