Israeli police detained Jerusalem governor Adnan Ghaith in a dawn raid on Monday, according to a Palestinian NGO.

"The governor was arrested in a raid on his home in the Jerusalem neighborhood of Silwan,” the Palestinian Prisoners Society said in a statement.

THE REASON OF THE ARREST REMAINS UNCLEAR

Israeli forces also rounded up Shadi Mutour, the Secretary-General of Fatah movement in Jerusalem, in another raid on his home, it said. 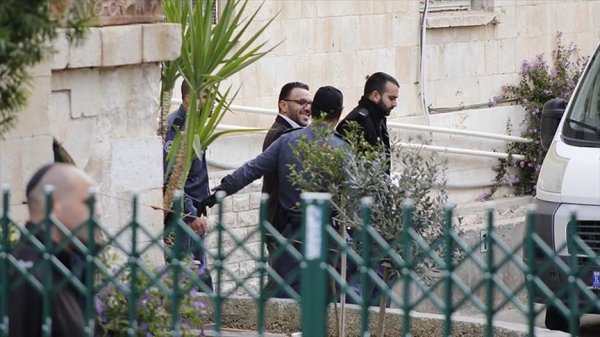 It remains unclear the reason for the arrests and Israeli police have yet to issue an official statement.

Jerusalem remains at the heart of the decades-long Mideast conflict, with Palestinians hoping that East Jerusalem -- occupied by Israel since 1967 -- might one day serve as the capital of a Palestinian state. International law continues to view East Jerusalem, along with the entire West Bank, as "occupied territories" and considers all Jewish settlement construction there as illegal.