Iceland is set to face punishment for its protest against the Israeli occupation of Palestinian territories during the Eurovision Song Contest in Tel Aviv.

The Israeli broadcaster of the Eurovision Song Contest said on Sunday that an unauthorized display of Palestinian flags by Iceland’s band could draw “punishment” from the event’s organizers.

"THEY WILL APPARENTLY BE PUNISHED"

During the point-tally of Saturday’s final, members of the eclectic punk ensemble Hatari held up scarf-sized Palestinian flags. A vocalist, Klemens Nikulásson Hannigan, flashed a V-for-victory sign. Many in the Tel Aviv audience responded with boos. 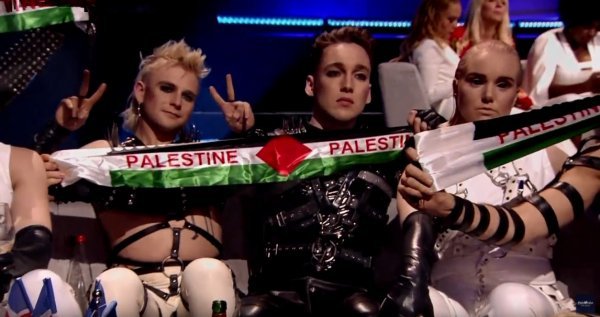 In earlier remarks to Eurovision fan site wiwibloggs, Hannigan had criticized Israel’s settlements and what he described as its “apartheid” in occupied Palestinian territory. The flag display, briefly caught on the live TV relay of the 41-country contest, marked the only disruption of a show that had been a focus of anti-Israel boycott calls, and drew a swift rebuke from the European Broadcasting Union (EBU). 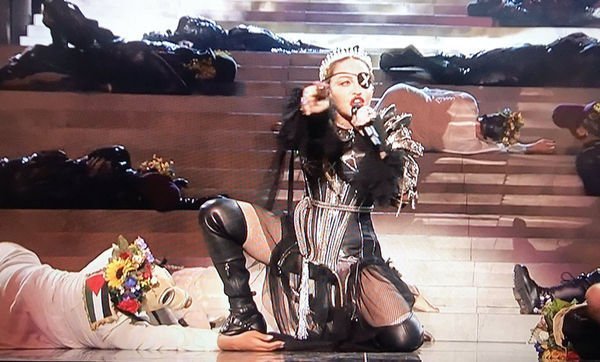 “The Icelanders will apparently be punished by the European Broadcasting Union, which is really not tolerant of those who violate its rules,” Eldad Koblenz, CEO of the EBU’s Israeli counterpart Kan, told Ynet TV.

Madonna also appeared on Saturday draped in a black cape and a black eye-patch during her performance of 1989 hit "Like A Prayer". At the close of her second number, two backing dancers each wearing a respective flag from Israel and Palestine.

The performance also saw dancers falling to the ground while wearing gas masks.