Since the anti-occupation protests began in Gaza more than one year ago, scores of protesters have been killed and thousands more injured by Israeli troops deployed near the buffer zone.

Sixteen Palestinian minors have been shot dead by Israeli forces in the blockaded Gaza Strip since the beginning of this year, according to an NGO on Wednesday.

In a statement, the Al-Mezan Center for Human Rights said 1,233 children have been injured by Israeli gunfire during weekly anti-occupation protests along the Gaza-Israel buffer zone.

It said Israeli forces rounded up more than 16 minors over the past six months, documenting 17 Israeli attacks on Palestinian schools and health facilities across the Gaza Strip. 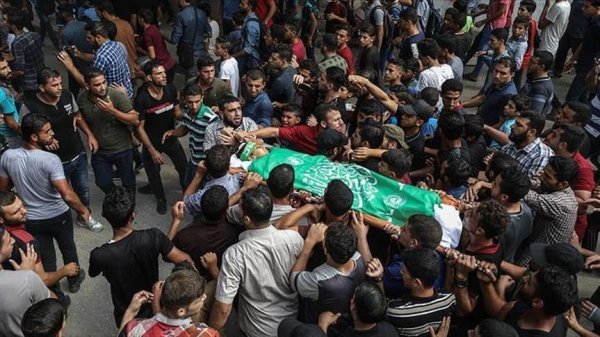 The NGO went on to accuse the Israeli forces of "systematically" violating the rights of Palestinians, particularly children.

According to the Palestinian Prisoners Society, around 250 Palestinian minors are currently languishing in Israeli detention facilities.