International law regards the West Bank, including East Jerusalem, as "occupied territory" and considers all Jewish settlement-building activity there to be illegal.

Israeli forces Friday injured two Palestinians who were taking part in an anti-settlement demonstration in the occupied West Bank, according to a Palestinian official.

Protest organizer Murad Shtewi told Anadolu Agency that Israeli troops used live and rubber bullets and tear gas to disperse the weekly demonstration in the Nablus city, leaving at least two Palestinians injured. A teen was injured by a live bullet on his face, he said, adding that the other injury was for a photojournalist by a rubber bullet. 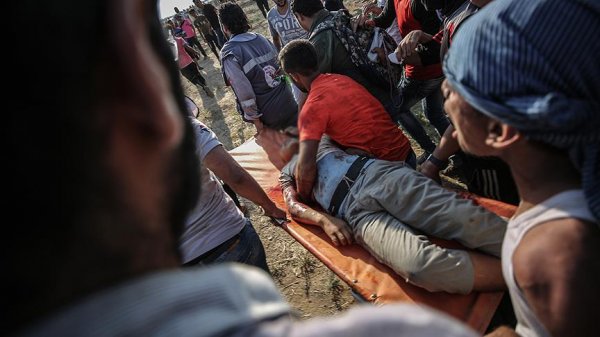 According to estimates, 640,000 Jewish settlers currently live on 196 settlements (built with the Israeli government’s approval) and more than 200 settler “outposts” (built without its approval) throughout the West Bank.