In another development, Israeli bulldozers brought down a home in the city of Salfit on claims of lacking a permit.

Israel on Tuesday demolished a structure used as a quarantine center for people suspected of contracting coronavirus in the West Bank city of Hebron.

"ISRAEL IS SEEKING TO SPREADTHE VIRUS IN THE CITY"

“The center was being prepared over the past three months,” the landlord, Raed Meswada, said. “The Israeli occupation looks like it is seeking to spread the virus in the city.”

Meswada said the demolition of the center was “proof that the Israeli occupation does not care about the virus outbreak, which does not differentiate between Palestinians and Israelis”. 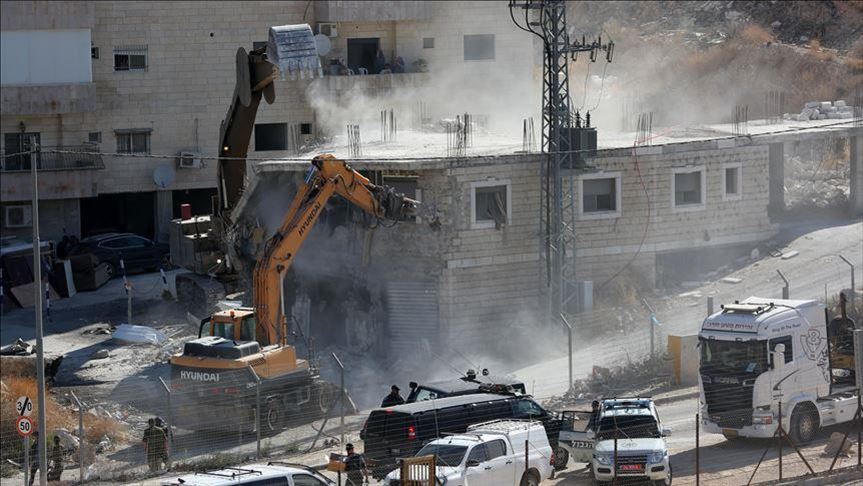 Israel occupied the West Bank, including East Jerusalem, in 1967. Israel tries to justify the demolition of Palestinian homes by saying they lack building permits, despite the fact that Israel does not provide such permits to Palestinians.