Israeli Ambassador Gilad Erdan left the meeting after the Turkish leader criticized Israel over its violent policies toward Palestine.

Israel's UN envoy who participated in the UN General Assembly in-person meetings walked out of the hall during Turkish President Recep Tayyip Erdoğan's address that included harsh criticism of Israel.

"PALESTINIAN PEOPLE HAVE STOOD UP AGAINST ISRAEL"

"The dirty hand that reaches the privacy of Jerusalem, where the sacred places of the three great religions coexist, is constantly increasing its audacity," Erdoğan said. "The Palestinian people have stood up against Israel’s policies of oppression, violence, and intimidation for more than half a century."

"Upon rejection of the document of surrender, which was tried to be imposed on Palestine under the name of 'Deal of the Century,' Israel this time accelerated its attempts to 'have the inside track' with the help of its collaborators," he added, referring to a US backchannel plan to reach a peace settlement between Palestinians and Israel that aims to establish a Palestinian state in Gaza only. 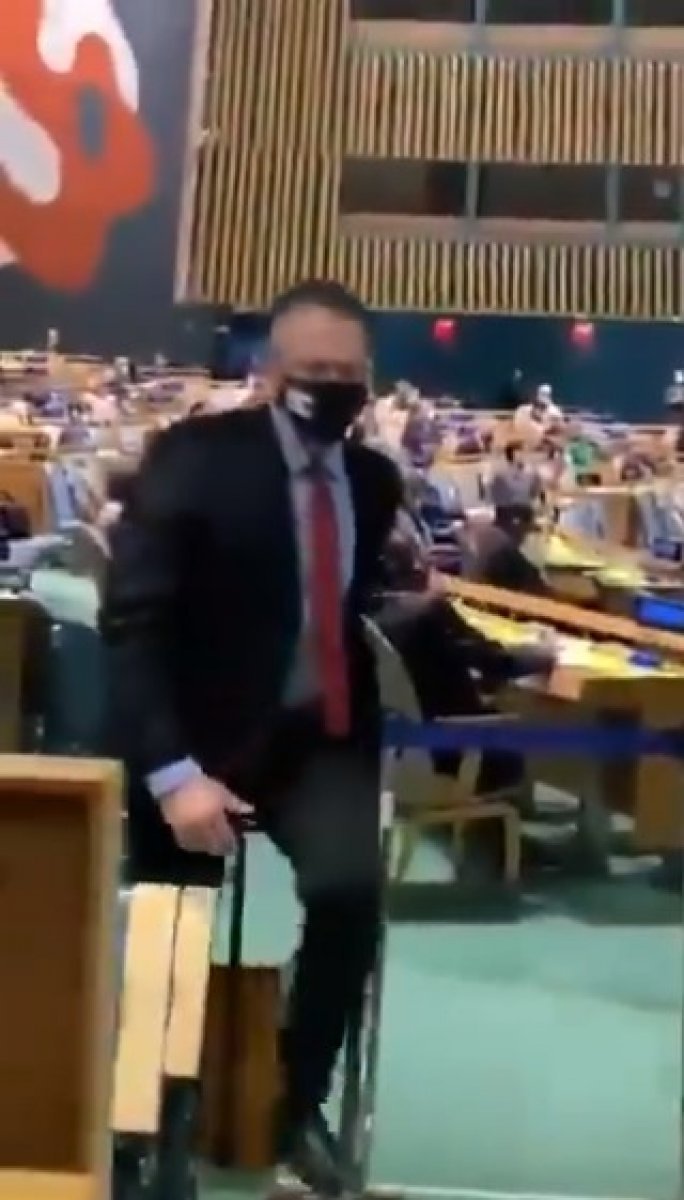 Emphasizing that Turkey will not support "any plan that the Palestinian people do not give consent to," Erdoğan said: "Participation of some countries of the region in this game does not mean anything beyond serving Israel's efforts to erode basic international parameters. Countries that have declared their intention to open embassies in Jerusalem, in violation of the United Nations resolutions and international law, only serve to make the conflict more complicated with their actions." 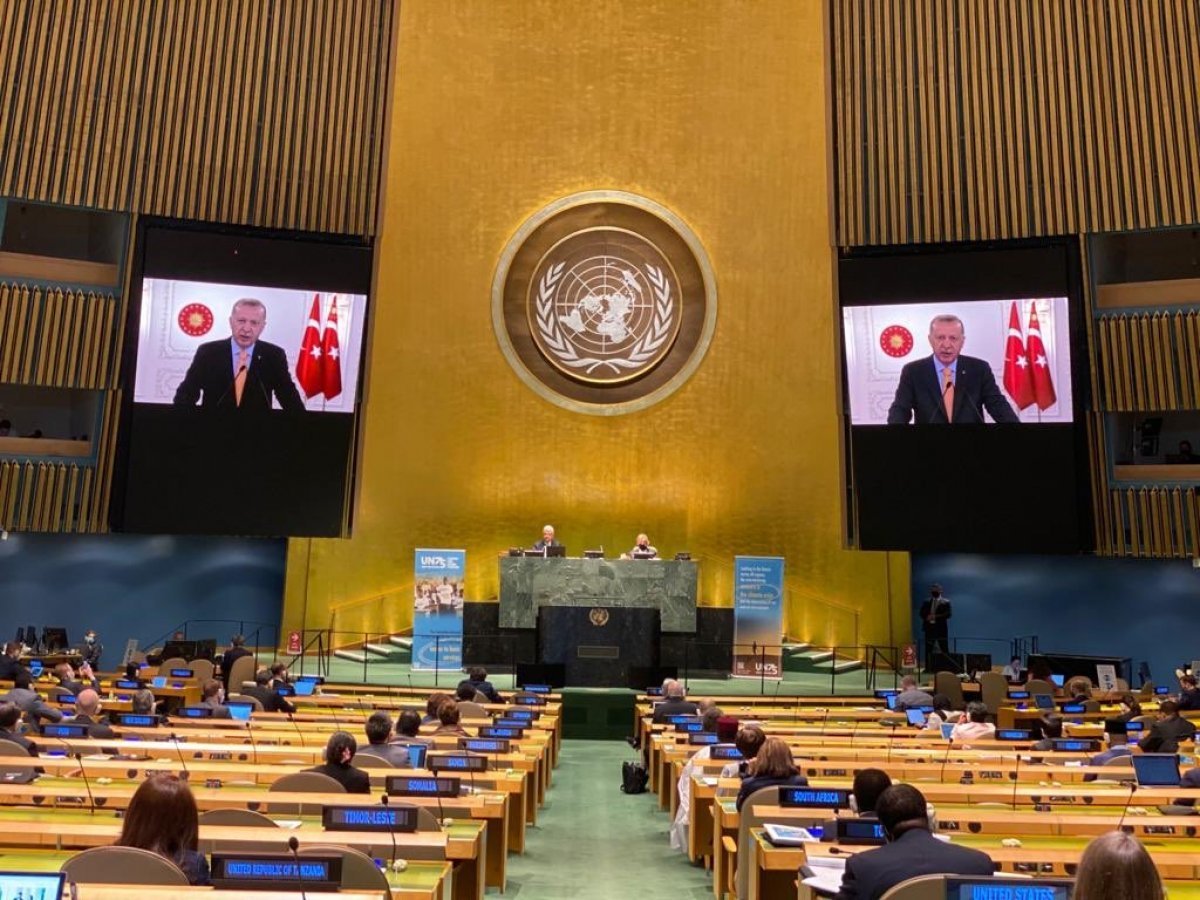 He stressed that the conflict can only be resolved with the establishment of an "independent, sovereign, and contiguous" Palestinian state based on 1967 borders with East Jerusalem as its capital. "Seeking solutions other than this are in vain, one-sided and unjust," Erdoğan said.