The United Arab Emirates is the first Gulf state and third Arab nation to have full diplomatic relations with Israel after Egypt and Jordan.

Rivlin posted on his Twitter account a photo of the message he sent to the de facto ruler of the UAE.

“In my name and in the name of the people of Israel, I open the opportunity to extend to your Excellency an invitation to visit Israel and Jerusalem, as a distinguished and honored guest,” Rivlin said in his message.

"The crystallized agreement between our two countries with the mediation of U.S. President Donald Trump which will soon be signed, constitutes a cornerstone, towards new paths in our region,” the message reads. 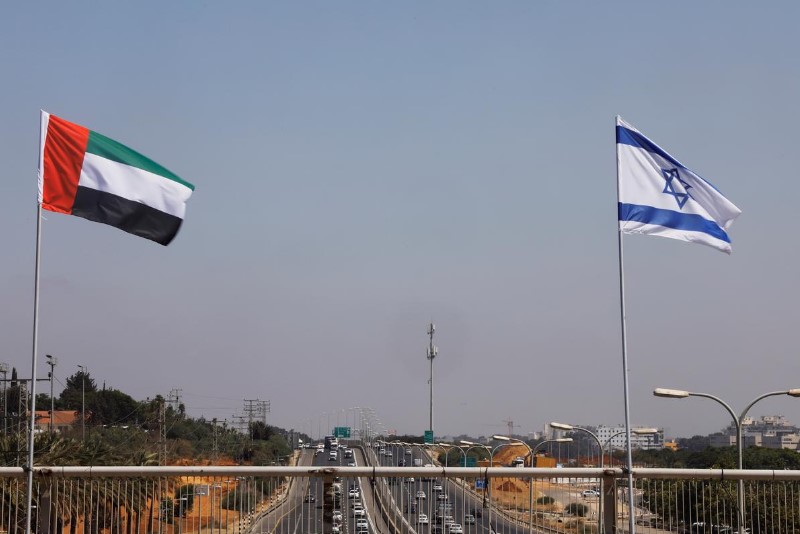 For its part, Hamas warned Abu Dhabi’s crown prince against responding to the visit. "We warn against any response from Mohammed bin Zayed, to the Israeli invitation to visit the entity [Israel]," Sami Abu Zuhri, a spokesman for the group, said on Twitter.

The spokesman added that any response by bin Zayed would be considered as "blessing/approval for the Israeli crimes and an aggression against our Palestinian people."

Despite reports that the deal halted Israel’s controversial plan to annex parts of the West Bank, Netanyahu confirmed his government’s continued commitment to the annexation plan. Palestinian groups denounced the deal, saying it does nothing to serve the Palestinian cause and ignores the rights of Palestinians.