Some 250.000 people marched in the Tel Aviv Pride Parade on Friday, calling for full and equal rights for the LGBTQ community in Israel.

The summer attire was colorful and rainbow flags billowed with pride in the Mediterranean breeze as revelers flooded the streets of Tel Aviv on Friday for the city’s annual lesbian, gay, bisexual and transgender parade.

About a quarter of a million locals and tourists joined the celebration, city officials said. It included a massive beachfront procession and music and dance performances.

Onlookers cheered from apartment balconies along the parade route, much of which was lined with balloons, flags and signs supporting the LGBT community. 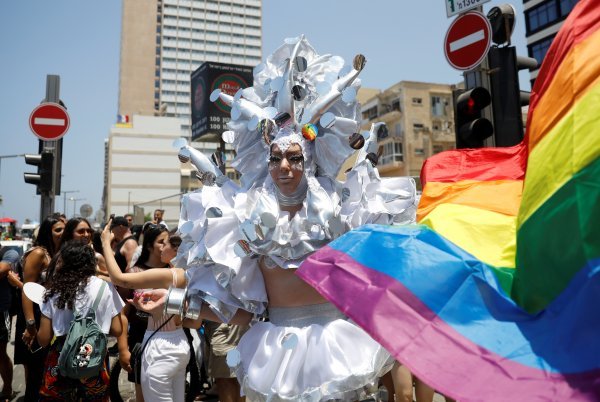 Tel Aviv, less than an hour away from the historical pilgrimage sites in Jerusalem, has become a Mediterranean hotspot for gay tourism. 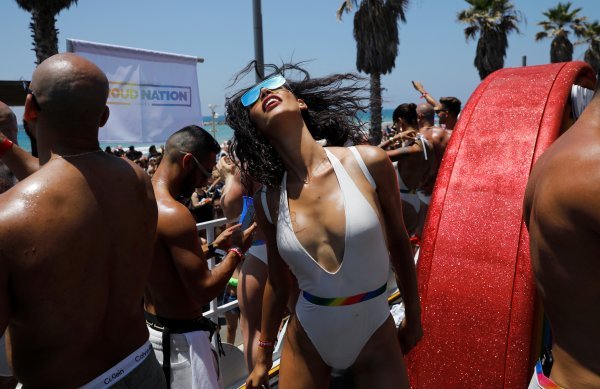 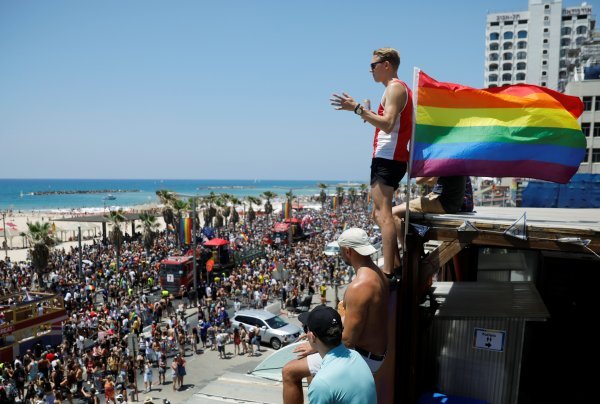