Israeli forces said they had detained and were questioning the Palestinian minister for Jerusalem affairs, while a source close to the official said he was arrested in his home.

Israeli police on Sunday released Palestinian Minister for Jerusalem Affairs, Fadi Hadami, shortly after being detained from his home in East Jerusalem, according to his lawyer.

THE MINISTER WAS RELEASED

“He was arrested as a result of pressure practiced by the Israeli right-wing on the Israeli government after Hadami joined the Chilean president’s tour in Al-Aqsa Mosque,” Jabara said in a statement. 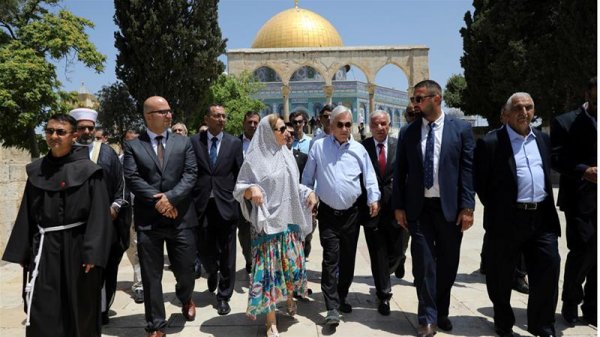 Hamadi had accompanied Chilean President Sebastian Pinera during a visit on Tuesday to East Jerusalem’s flashpoint Al-Aqsa Mosque compound. The visit has angered the Israeli government, which summoned the Chilean ambassador to protest the tour.

According to the lawyer, Israeli intelligence and police agents questioned Hadami about accusations of violating Israel’s “sovereignty” over Jerusalem and the Al-Aqsa Mosque.