The Israeli army on Friday blew up the home of a detained Palestinian minor in the city of Al-Khalil (Hebron) in the occupied West Bank, according to witnesses.

CLASHES BETWEEN PALESTINIANS AND ISRAELI TROOPS

Witnesses told Anadolu Agency that a military force had stormed Al-Khalil's town of Yatta, where it dynamited the family home of Khalil Jabbarin, 16, who has been imprisoned by Israel since last September. The demolished two-story home had been inhabited by members of Jabbarin’s family, witnesses said. 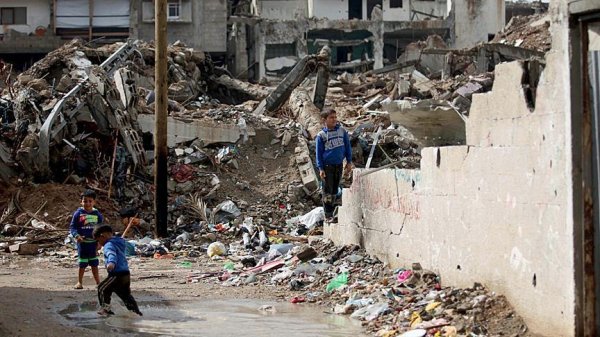 Before the demolition, clashes erupted between stone-throwing Palestinian youths and Israeli troops, who responded with teargas, rubber bullets and live ammunition.