The racist group throws Islamic holy book Quran on the ground during an event in the town near Norway's capital Oslo.

An Islamophobic group in Norway insulted Muslims and threw a copy of the Muslim holy book the Quran in an event near the capital Oslo on Saturday, according to a video the group posted on the Internet.

DEMONSTRATOR THREW QURAN ON THE GROUND

During the event in the town of Dremmen, Anna Braten, the leader of Stop Islamisation of Norway, gave a speech claiming that Islam has no place in Norway and that all Qurans must be destroyed.

Then Braten took out a Quran in order to deface it, but when the police intervened she threw the book on the ground and insulted Muslims. 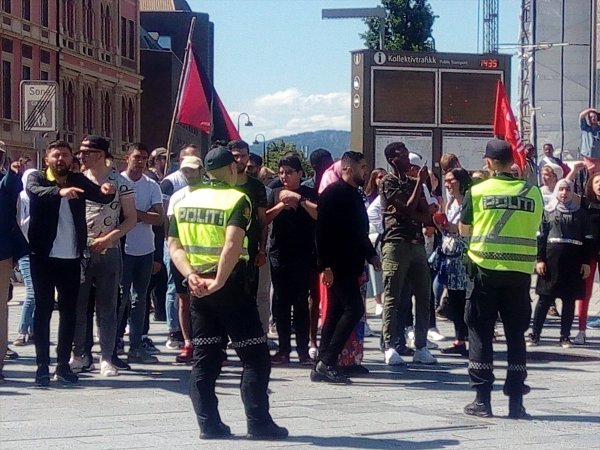 Another group made up of Norwegian activists and Muslims also took part in a counterdemonstration against the insults and hate-mongering.