The Israeli army carried out an airstrike early Tuesday, killing a commander in the Al-Quds Brigades, the armed wing of Gaza-based resistance faction Islamic Jihad.

The military said it struck a house in Gaza City to target Bahaa Abu Al-Atta, in a resumption of targeted killing.

The army said the attack "was approved by the Prime Minister and Defense Minister Benjamin Netanyahu." "Abu Al-Atta practically carried out most of the (Islamic Jihad) movement's activities in the Gaza Strip..., and he was directly involved in the operations and attempts to target the citizens of Israel and IDF (army) soldiers in various ways," a military statement said. 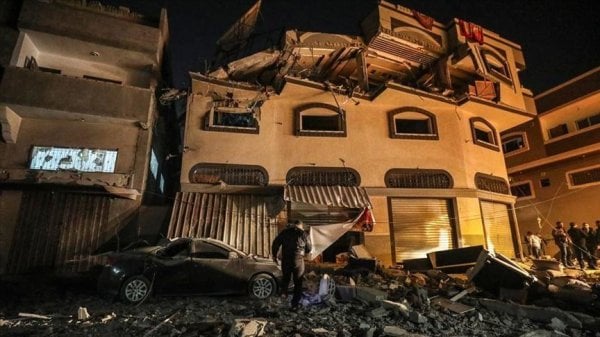 The Palestinian resistance group confirmed that Al-Atta, its north Gaza Strip commander, was killed and vowed to avenge his death. "We mourn Commander Abu Al-Atta and his wife who were martyred in this crime, and we announce the state of alert among our fighters," it said in a statement.

In another statement, the group's military wing Al-Quds Brigades said it fired rockets into southern Israel in response to the assassination. Red alert sirens were activated in southern Israel following the airstrike, the Israeli army said.