Iranian President Hassan Rouhani has ended his two-day visit to Japan on Saturday.

Iranian President’s trip to Japan, the first by an Iranian head of state in two decades, came after deadly protests over fuel price hikes in his country.

According to Iranian state news agency IRNA,  Rouhani had called on Japan and other countries to help the Iranian economy. "We welcome any plan that can increase trade, especially in the field of energy and increasing the exports and sales of oil," he told Abe, IRNA reported. 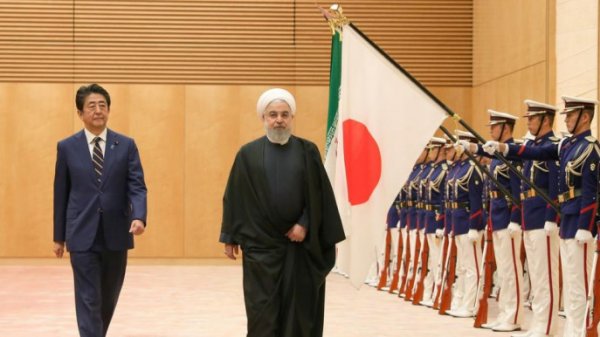 He also urged Japan to release Iranian assets frozen at Japanese banks, saying the oil revenues date back to the time before US sanctions were imposed, and, hence, the money must be returned to Iran.

Tensions have heightened between Tehran and Washington since last year when President Donald Trump pulled out the United States from Tehran’s 2015 nuclear deal with six powers and re-imposed sanctions that have crippled Iran’s economy.