Iranian government unveiled on Saturday an upgraded radar system with a range of 400 km that could help defend against cruise and ballistic missiles and drones.

The announcement comes at a time of rising tension between Iran and United States. Iran shot down a US military surveillance drone in the Gulf with a surface-to-air missile in June. Tehran says the drone was over its territory, but Washington says it was in international airspace.

State television showed the Falaq, a mobile radar and a vehicle housing a control room, which it said was an improved version of the Gamma, a system that military experts said was of Russian origin.

"This system has high capabilities and can detect all types of cruise and ballistic missiles and drones," Brigadier General Alireza Sabahifard, commander of the regular army’s air defenses, was quoted as saying by semi-official news agency Mehr. Sabahifard said the Falaq was a locally overhauled version of a system which had been out of operation for a long time, Mehr reported. 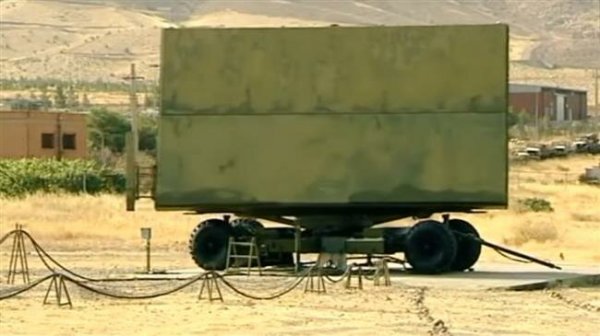 The Falaq is a phased-array radar system which can be incorporated into Iran’s larger integrated air defense, which includes an S-300 surface-to-air missile system that Russia delivered in 2016, state-run Press TV said.

"The (Falaq) system was developed in order to counter sanctions restricting access to spare parts of a previously foreign-developed system," Press TV said on its website.