US-Iran tensions are worsening following accusations by the administration of US President Donald Trump that Tehran carried out attacks last Thursday on two oil tankers in the Gulf of Oman.

Iran said on Monday it would breach internationally agreed curbs on its stock of low-enriched uranium in 10 days — a move likely to strain already high tensions with Washington — but it added European nations still had time to save a landmark nuclear deal.

"EUROPE SHOULD MAKE ITS BEST EFFORT"

"We have quadrupled the rate of enrichment and even increased it more recently, so that in 10 days it will bypass the 300 kg limit," Iran’s Atomic Energy Organization spokesman Behrouz Kamalvandi said on state TV. "There is still time... if European countries act." 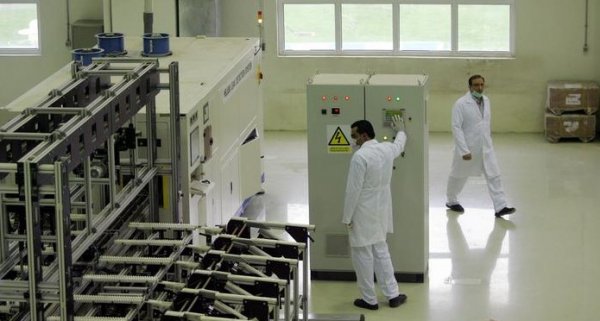 "Iran’s reserves are every day increasing at a more rapid rate. And if it is important for them (Europe) to safeguard the accord, they should make their best efforts... As soon as they carry out their commitments, things will naturally go back to their original state."

Tehran said in May it would reduce compliance with the nuclear pact it agreed with world powers in 2015, in protest at the United States’ decision to unilaterally pull out of the agreement and reimpose sanctions last year.