The Beirut-bound flight of Iran’s privately-owned commercial airline Mahan Air was intercepted by two US F-15 planes in Syrian airspace late on Thursday.

Iran has registered its protest with the International Civil Aviation Organization (ICAO) over the interception of an Iranian passenger plane by US military jets, terming it a “clear violation of international law and aviation standards” and demanding an “immediate probe.”

THE INCIDENT HAS SPARKED ANGER AND OUTRAGE IN TEHRAN

In a statement on Friday, Iran’s Civil Aviation Organization said details of the incident would be released after review of the technical data from the flight and information collected from Syrian aviation authorities.

The plane, which had taken off from Tehran, was flying over Syria’s At Tanf region when it was “dangerously approached” by the US fighter jets, forcing the Iranian pilot to sharply lower the altitude, reports said. 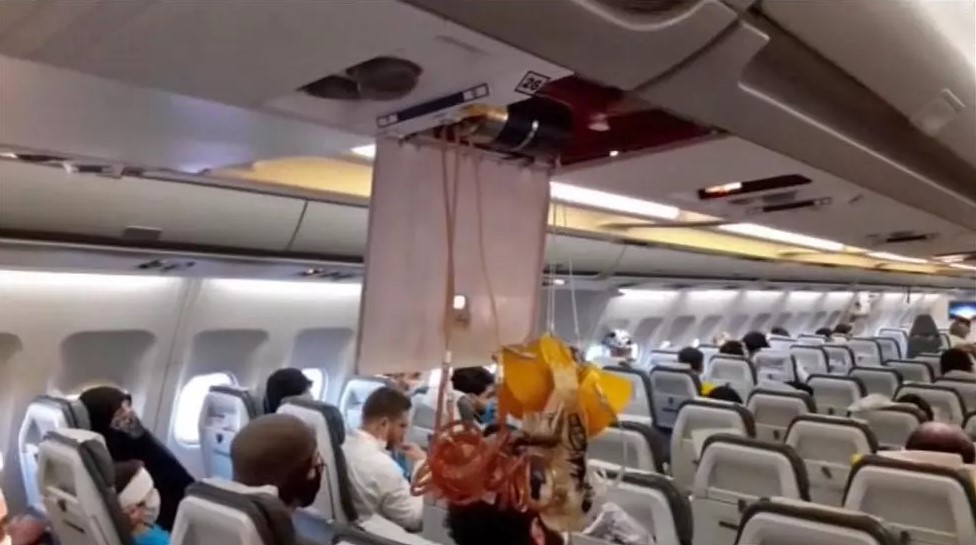 An Iranian journalist on board the plane said the jets came within 100 to 200 meters of the Iranian passenger airliner.

Many passengers on board Flight 1152 of Mahan Air sustained injuries, said a statement from Iran’s Civil Aviation Organization. After a safe landing in Beirut, a decision was made to return the plane to Iran early on Friday, it added.

The plane made its way back to Tehran in the early hours of Friday and was received by senior Iranian aviation officials at the Imam Khomeini International Airport, reports said.