Iran was entitled to participate in the second closed-door meeting regarding its latest drone incident with US.

Iran has been blocked from participating in a UN Security Council briefing regarding its downing of an American drone, its UN envoy said Monday.

"As a country whose airspace has been violated by two US spy drones Iran was entitled to participate in the Council's meeting today," Majid Takht-Ravanchi told reporters as the meeting was underway. "Unfortunately we were denied of exercising this right."

The US and Iran dispute the location of an American drone when it was shot down by an Iranian surface-to-air missile last week. Tehran insists the aircraft violated its airspace when it was targeted while Washington maintains it was over international waters.

The US was set to provide the council with evidence it says corroborates its version of the events during Monday's briefing. 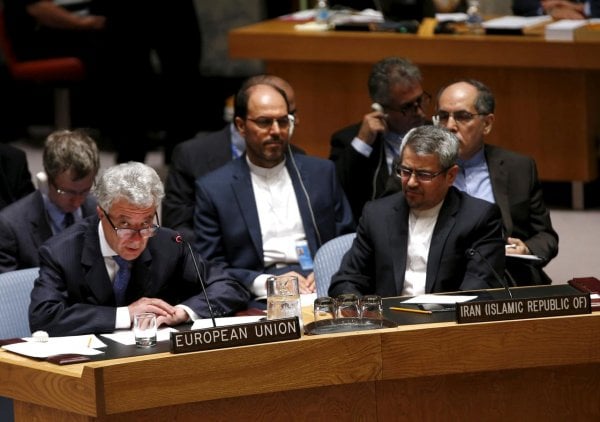 "Today the council is being briefed unilaterally by one party -- the US -- who is abusing its position as the council's permanent member to misguide this body in order to advance its anti-Iran policy," Takht-Ravanchi said, maintaining Iran has "irrefutable" information to substantiate its position.

He said the drone that was shot down last Thursday was fired upon after "several" audio warnings, and was the second aircraft to violate Iranian airspace last Thursday.