Notre Dame cathedral, a treasure of French Gothic architecture, is one of the most famous symbols of Paris.

Here are five facts on the Gothic masterpiece that celebrated its 850th jubilee in 2013.

THE FIRST STONE N OF THE CATHEDRAL

The first stone of the Notre-Dame de Paris (“Our Lady of Paris”) cathedral was laid in 1163 in the reign of Louis VII, as the medieval city of Paris was growing in population and importance, both as a political and economic center of the kingdom of France. 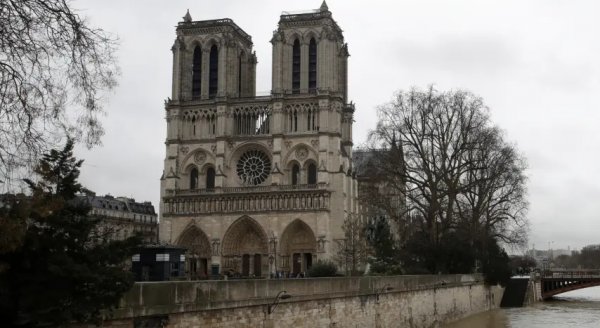 Construction would continue for much of the next century, with major restoration and additions made in the 17th and 18th century. The stonework and stained glass of the edifice recreate images and lessons from the Bible.  It took 182 years to build -- construction began in the 12th century and was completed in the 13th century. Dominating the structure are its two 13th century bell towers. The so-called “bourdon”, the largest bell, goes by the name of “Emmanuel”. 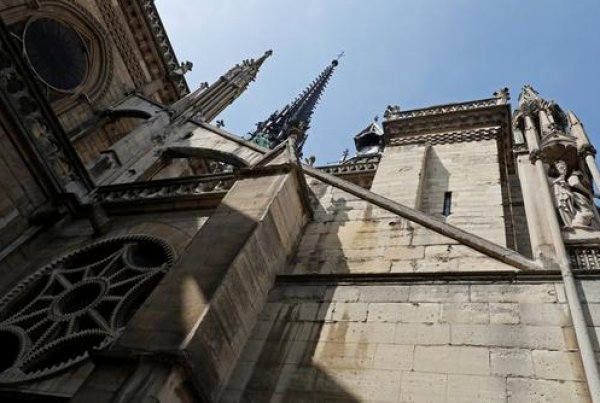 The 387 steps up to the towers take visitors past the gallery of chimeras, mythical creatures typically composed of more than one animal. The most famous of these, the “Stryge” gargoyle sits atop the cathedral watching Paris with its head resting in its hands. 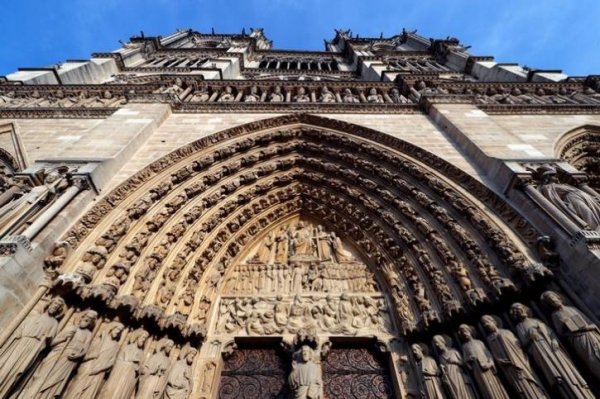 Victor Hugo used the cathedral as a setting for his 1831 novel, “The Hunchback of Notre-Dame”. Quasimodo, the main character, is feared by Parisians because of his deformity but finds sanctuary in the cathedral and is employed as a bell-ringer. Quasimodo has been portrayed by Hollywood actors including Charles Laughton and also in an animated Disney adaptation. 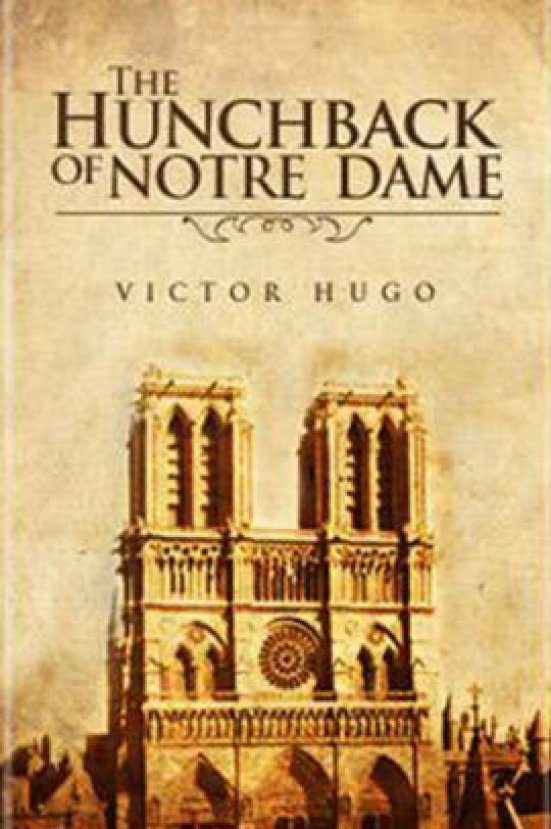