If Assad uses chemical weapons in Syria, UK would act

State Department’s spokeswoman Morgan Ortagus it is investigating the alleged chemical attack in Idlib the last rebel area holding out against Bashar al-Assad.

Speaking at the House of Commons in a weekly question session with lawmakers, May said the UK previously “acted with France and the US when we saw chemical weapons being used in Syria.” May said a robust action was taken together with the “international friends and allies” when the UK suffered from the chemical weapon, referring to Salisbury chemical attack in March 2018.

May’s comments came after the US State Department on Tuesday issued a warning to the Assad regime on suspicion it could be conducting a new chemical weapons attack in northwest Syria. 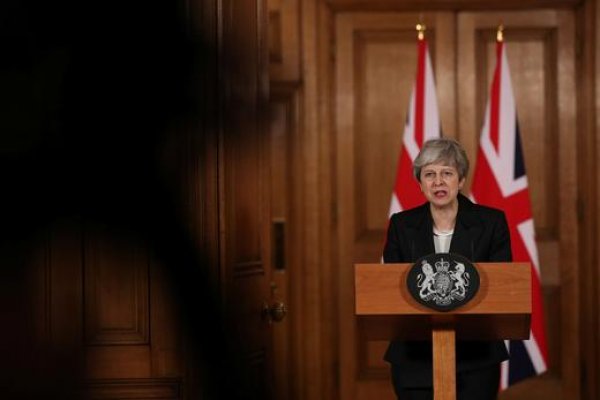 "Unfortunately, we continue to see signs that the Assad regime may be renewing its use of chemical weapons, including an alleged chlorine attack in northwest Syria on the morning of May 19, 2019," the State Department’s spokeswoman Morgan Ortagus had said in a statement. "The United States continues to closely watch the military operations by the Assad regime in northwest Syria, including indications of any new use of chemical weapons by the regime," the US statement said.

May said her country condemns all use of chemical weapons. “We are in close contact with the US; we are monitoring the situation closely and if any use of chemical weapons is confirmed, we will respond appropriately,” May said. She said “our position is clear.” “We consider Assad incapable of delivering a lasting peace and his regime has lost its legitimacy due to its atrocities against its own Syrian people,” she added.