Hundreds of thousands take to the streets in protest Brexit

EU supporters march as parliament sits on a Saturday for the first time since the 1982 Falklands War, to discuss Brexit in London.

Hundreds of thousands of Britons marched through London on Saturday to demand a new Brexit referendum and celebrated as lawmakers in parliament voted to postpone Britain’s departure from the European Union.

The protesters, some having traveled for hours from around the United Kingdom to get to the capital, waved EU flags under sunny skies and held placards that employed creativity and wit.

The mood of protesters ranged from anger to despair. Many railed against political leaders championing Brexit for being elite and out of touch. 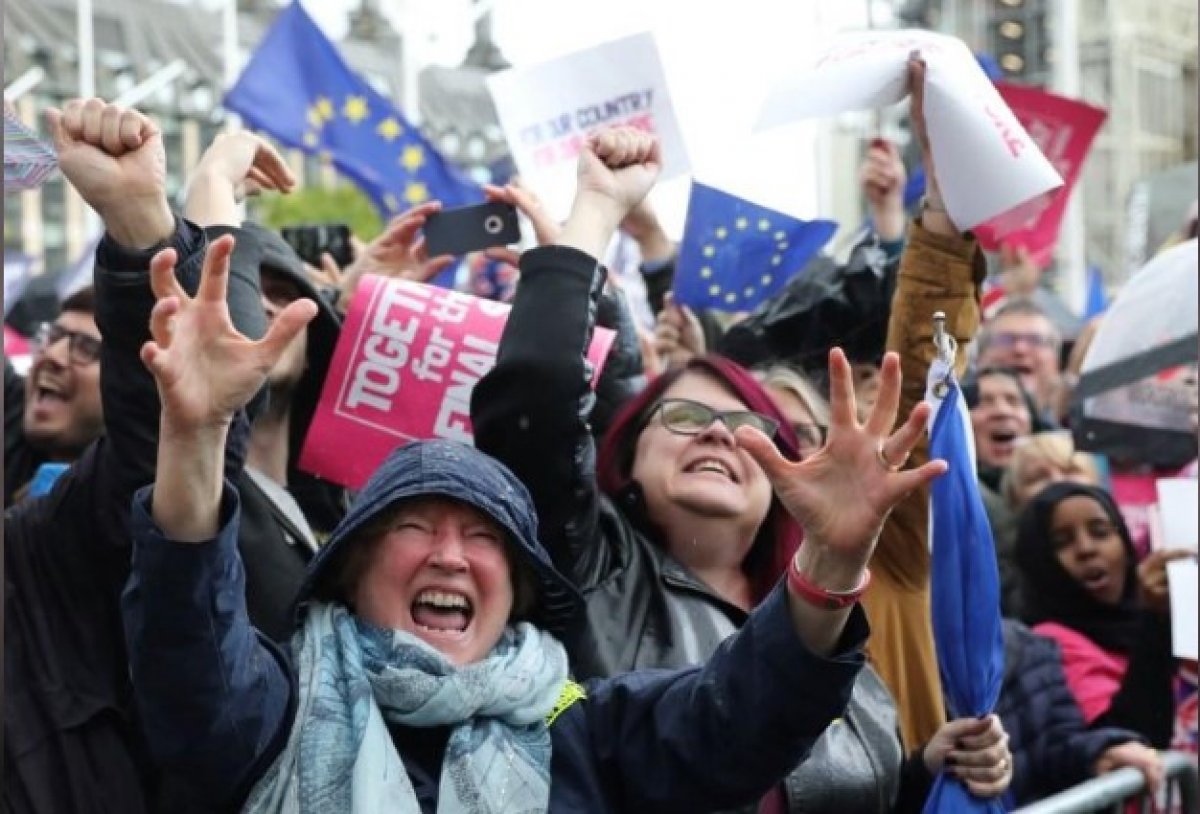 The crowd clogged vast stretches of central London, with thousands of people waiting to begin the march at Hyde Park by the time others had reached parliament as lawmakers held the first Saturday session since the 1982 Falklands war. 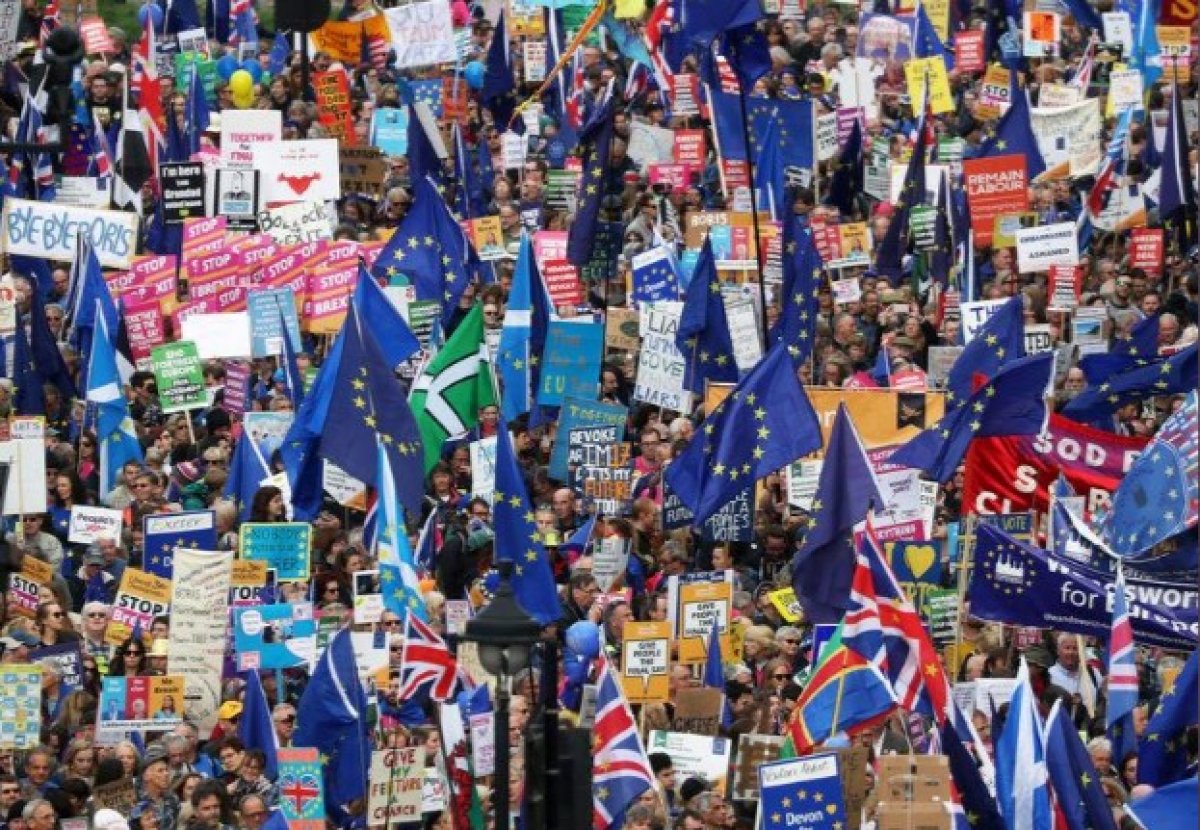 London’s police said it does not provide an estimates for the size of rallies because it is an “inexact science”, but tweeted pictures showing streets and the square outside parliament crammed with protesters. 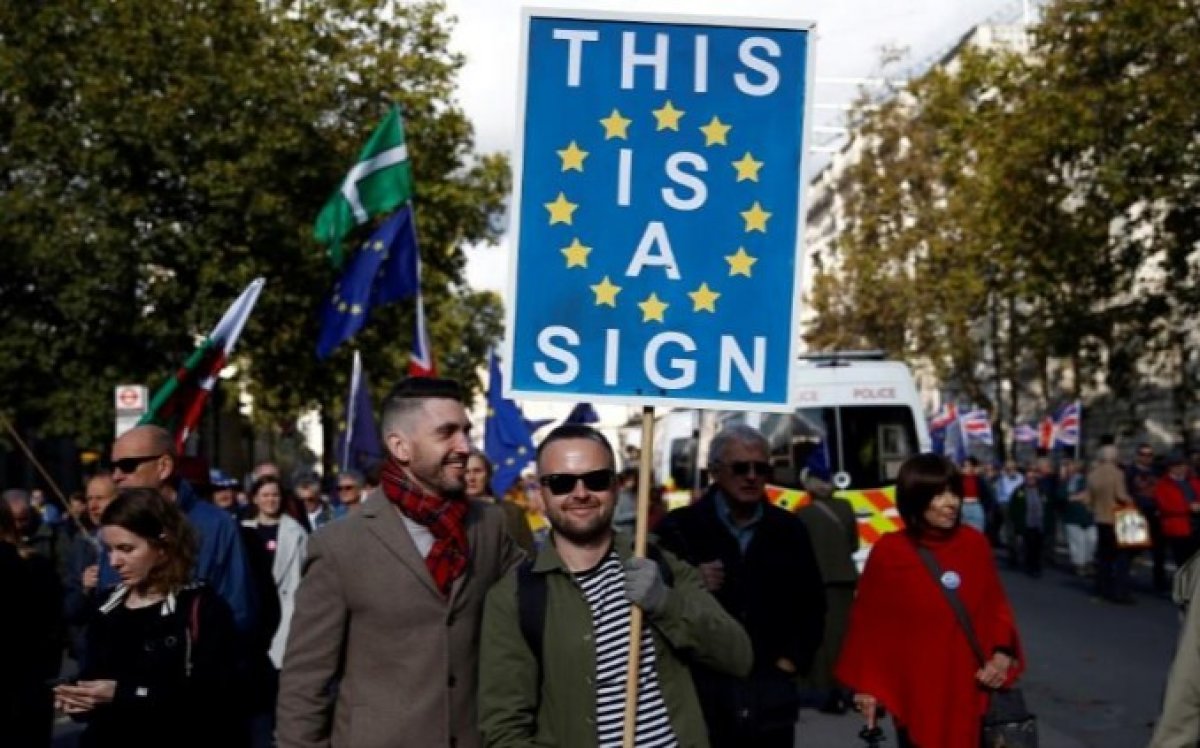 After more than three years of tortuous debate, it is still uncertain how, when or even if Brexit will happen as Prime Minister Boris Johnson tries to pass his new Brexit deal and plots a way out of the deepest political crisis in a generation.

Lawmakers voted to withhold support for the Brexit deal until formal ratification legislation has passed, a step that will oblige Johnson to seek a delay.