Hundreds of thousands of women take to the streets in Switzerland

Women across Switzerland have taken to the streets to protest against what they say is the country's unacceptably slow pace to equality.

Hundreds of thousands of women across Switzerland held a strike on Friday to highlight their wealthy nation’s poor record on female rights, recreating the passion of the last such walkout 28 years ago.

In Zurich, the financial capital and the country’s biggest city, tens of thousands of protesters clogged the streets, blowing whistles and banging pots and pans. “Men, go do the ironing,” one sign read. “It’s not just about wages. The equal opportunity is not there. At least for the next generation it needs to be there,” Zurich city councilwoman Karin Rykart said as hundreds of municipal workers and police officers demonstrated. 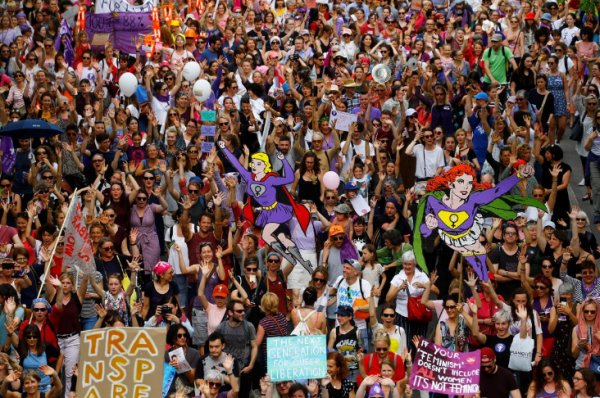 Despite its high quality of life, Switzerland lags other developed economies in female pay and workplace gender equality.

Friday’s event echoed a strike in 1991, five years before the Gender Equality Act came into force. That banned workplace discrimination and sexual harassment and protected women from bias or dismissal over pregnancy, marital status, or gender. 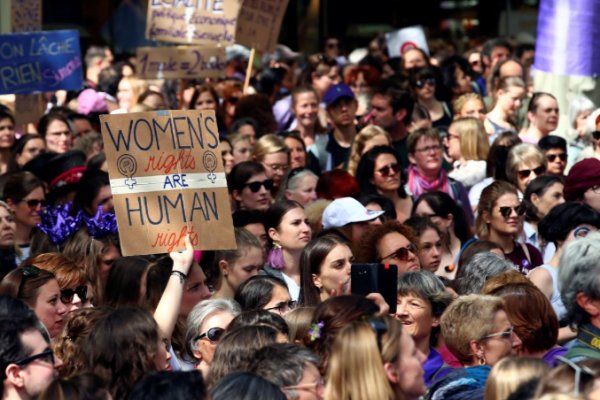 But more than 20 years later, women still earn less than men, face routine questioning of their competence, and encounter condescension on the job, they say. 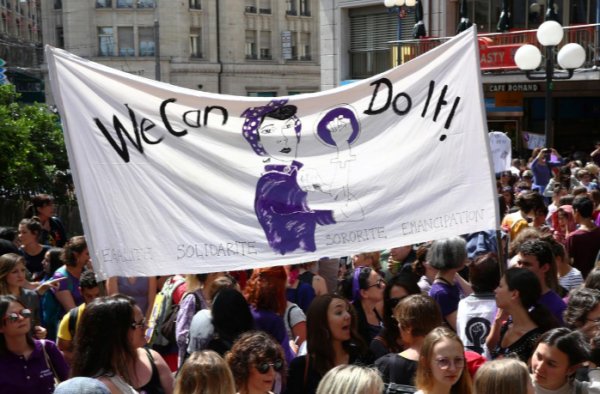 The SGB labor union federation estimated 100,000 people joined the strike by midday, with more participating from 3:24 p.m., when women technically work for free given wage discrimination.