The dock was the last of 19 military sites yet to be handed over to Beijing.

Lam said the handover of the dock to the PLA “fully demonstrates the Hong Kong’s relationship with the central authorities under 'one country, two systems' and carries important constitutional significance”.

The 15-meter military dock, located in the downtown area on the northern shore of the semi-autonomous region, will be now managed by the PLA’s Hong Kong Garrison. 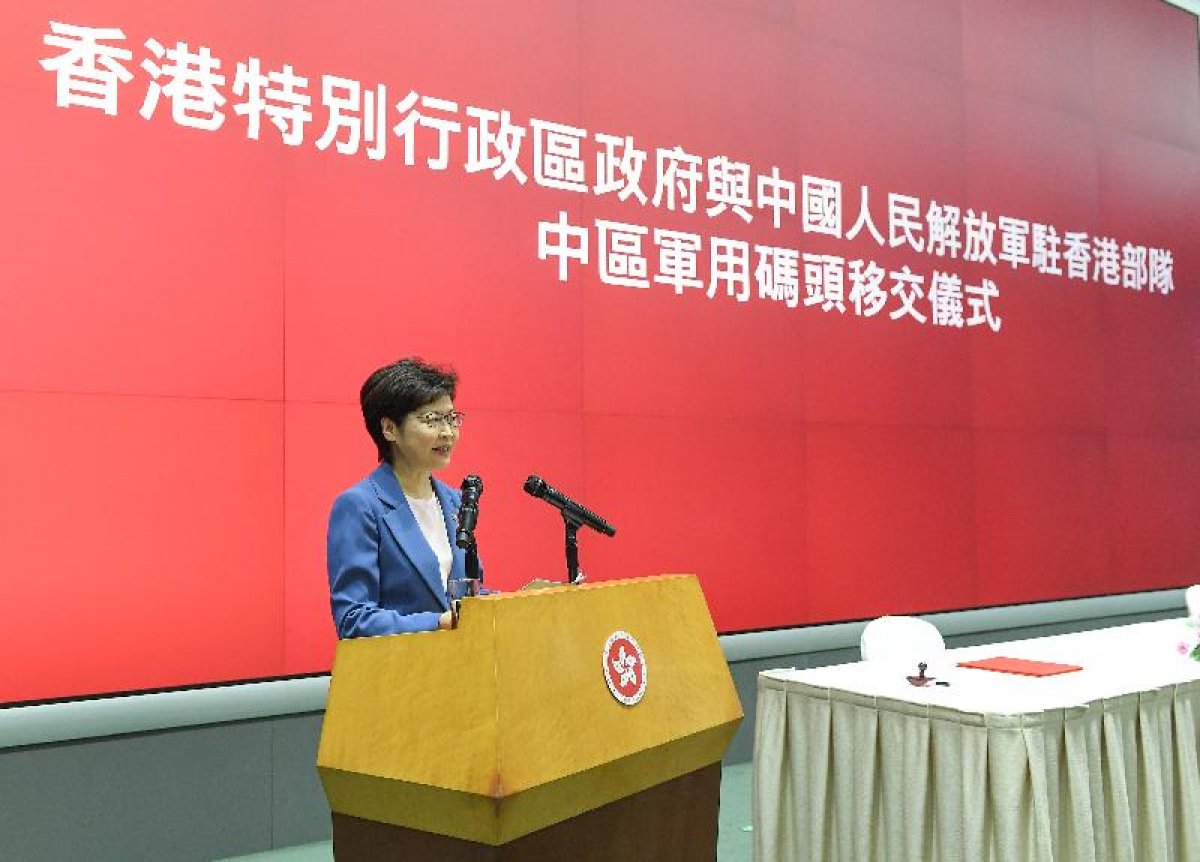 The move comes after China imposed the national security act in Hong Kong this July triggering criticism by western nations who termed it as a move strengthening Beijing’s grip over the region.

Lam said since 1997 when Hong Kong was handed over to Beijing by the UK, the PLA Hong Kong Garrison has used and managed 18 military sites for defense purposes.

Only the central military dock was held back “due to various challenges in reclamation works”, she added. “The handover of the military dock means that the Hong Kong government has completely fulfilled its relevant responsibilities,” said Lam.