Police blocked plans for a mass show of force downtown to mark the fifth anniversary of a decision by China to curtail democratic reforms in the former British colony.

Thousands marched in a meandering tour of downtown Hong Kong on Saturday in the pouring rain, the latest in a series of pro-democracy protests that have plunged the Chinese-ruled city into its worst political crisis in decades.

People took to the streets anyway, many joining a "Christian march" from the Wanchai entertainment district in a sea of umbrellas and congregating next to the Legislative Council, stormed by activists in an earlier protest.

"WE ARE PRAYING FOR JUSTICE"

Other demonstrators, many wearing black and face masks, marched in the Causeway Bay shopping district. 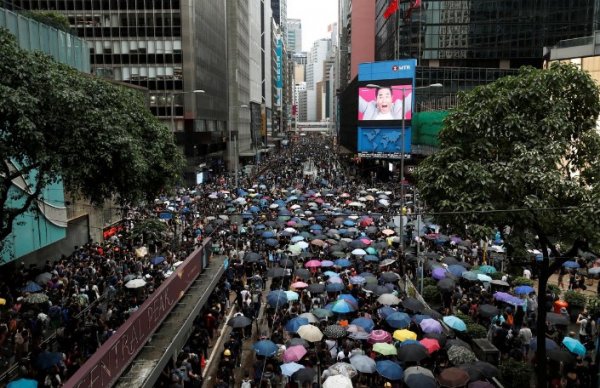 It was latest in a string of protests over three months, soe of which have turned violent, targeting the airport, the legislature and the Liaison Office, the symbol of Chinese rule. "Hong Kong has religious freedom," Sally Yeung, 27, a Christian, told Reuters. "We are praying at different check points and praying for justice to arrive in Hong Kong. If they prosecute us simply because we are praying, they infringe our religious freedom." 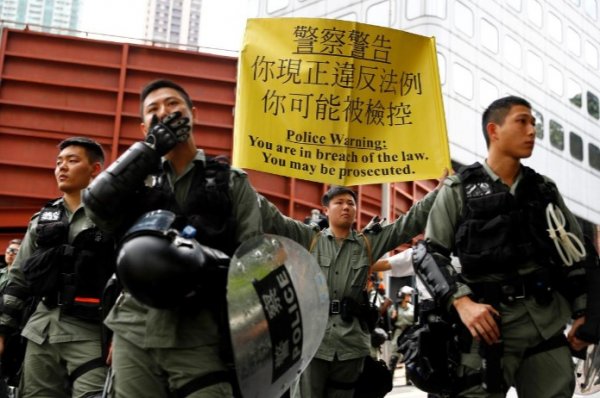 Hovering under an umbrella outside the government offices, Eric, a 22-year-old student, said telling people not to protest was like telling them not to breathe. “I feel it’s my duty to fight for democracy,” he said. “Maybe we win, maybe we lose. But we fight.” 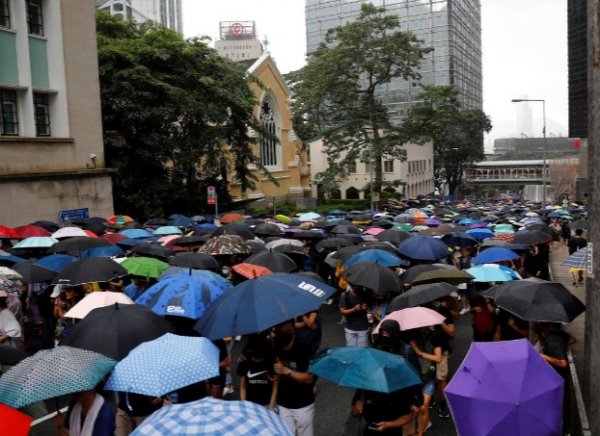 Police arrested a number of prominent pro-democracy activists and three lawmakers on Friday, seeking to rein in a movement which started with anger over planned legislation allowing extraditions to mainland China. It soon broadened into calls for democracy amid fears China is squeezing Hong Kong’s freedoms.