After two weeks of relative calm, the major rally showed that the pro-democracy campaign had not lost support and that hardcore protesters will continue to clash with police.

Hong Kong police and protesters exchanged tear gas and petrol bombs as an illegal anti-government march that attracted tens of thousands descended into chaos, with hundreds of shops trashed and Chinese banks and metro stations targeted.

Protesters dressed in black erected fiery barriers on Nathan Road, a major retail strip in the Kowloon district, as scores of riot police, shields in front, marched toward them, while others fired tear gas. 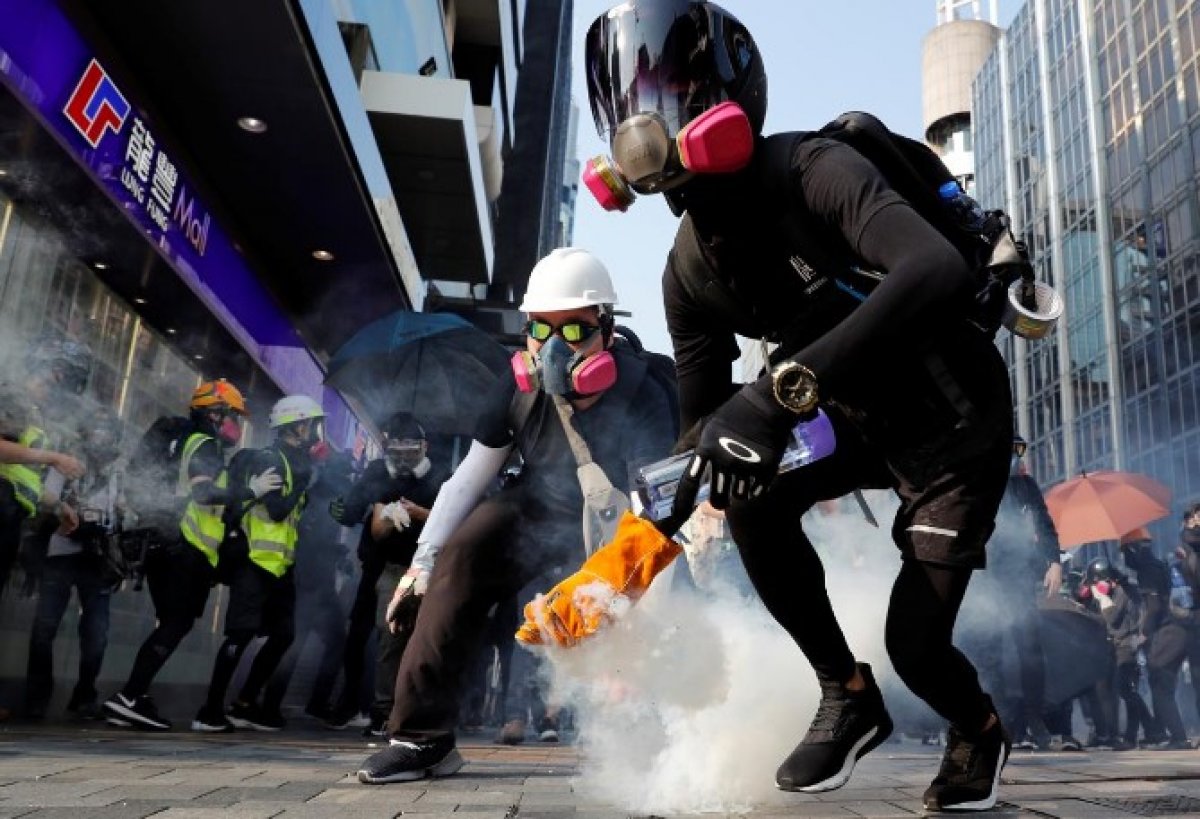 Protesters earlier threw petrol bombs at the nearby Tsim Sha Tsui police station after police inside fired volleys of tear gas to disperse protesters on the street. 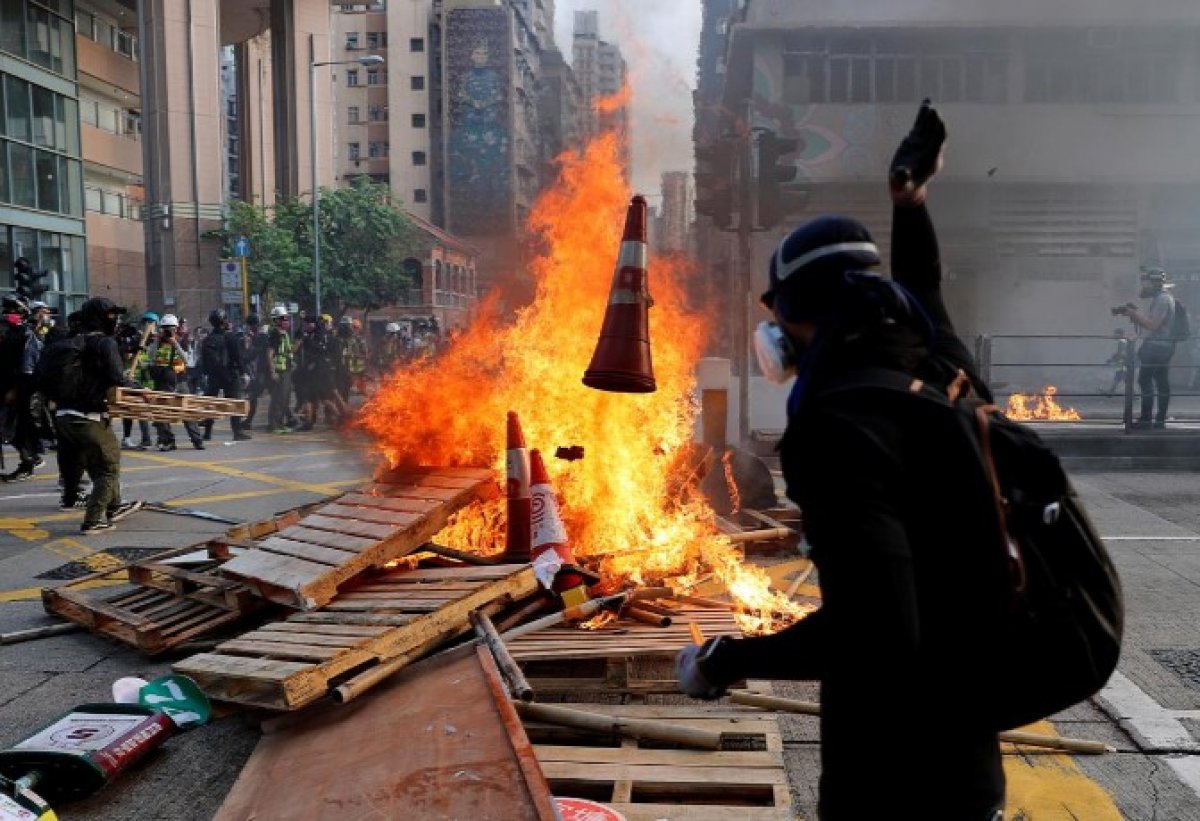 A police water canon truck sprayed jets of blue-dye into the crowd at the police station, sending hundreds fleeing. Police have used the blue dye to identify protesters. 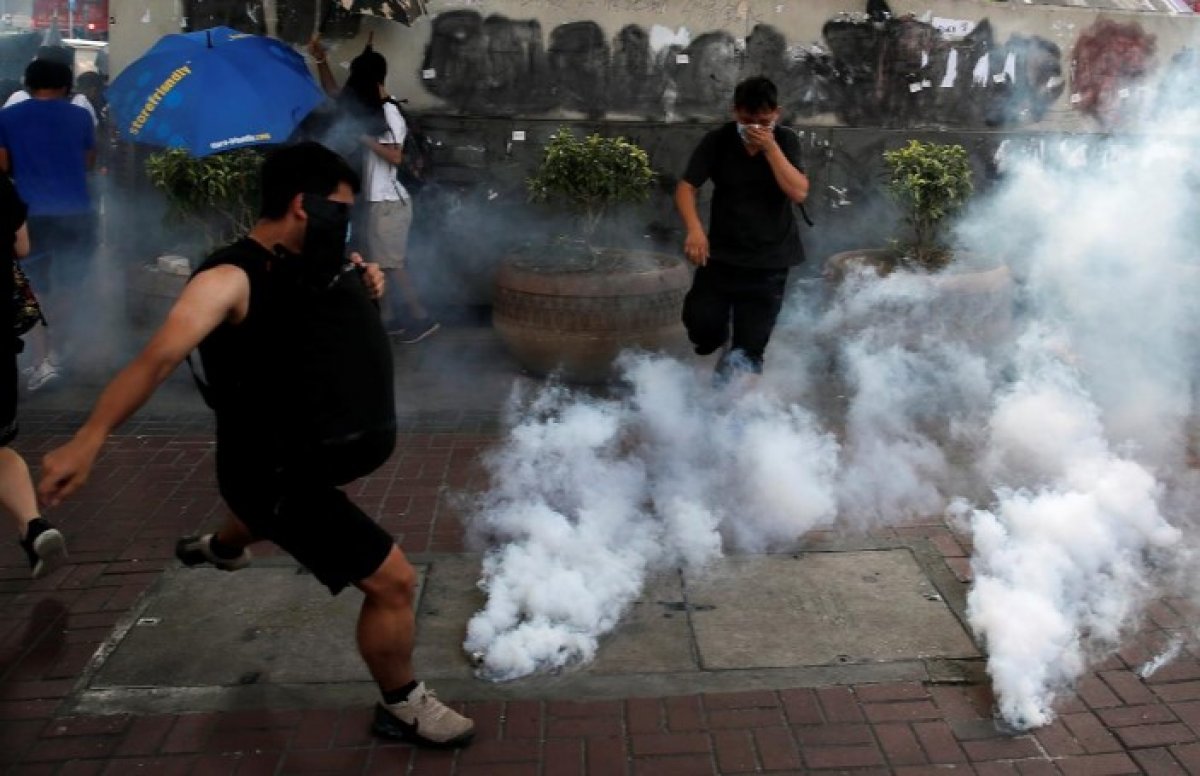 Dozens of riot police vans then descended on Nathan Road, along with water canon trucks. It was the heaviest use of water canons by police and many people hit with the water developed coughs, suggesting an irritant may be mixed with the water. 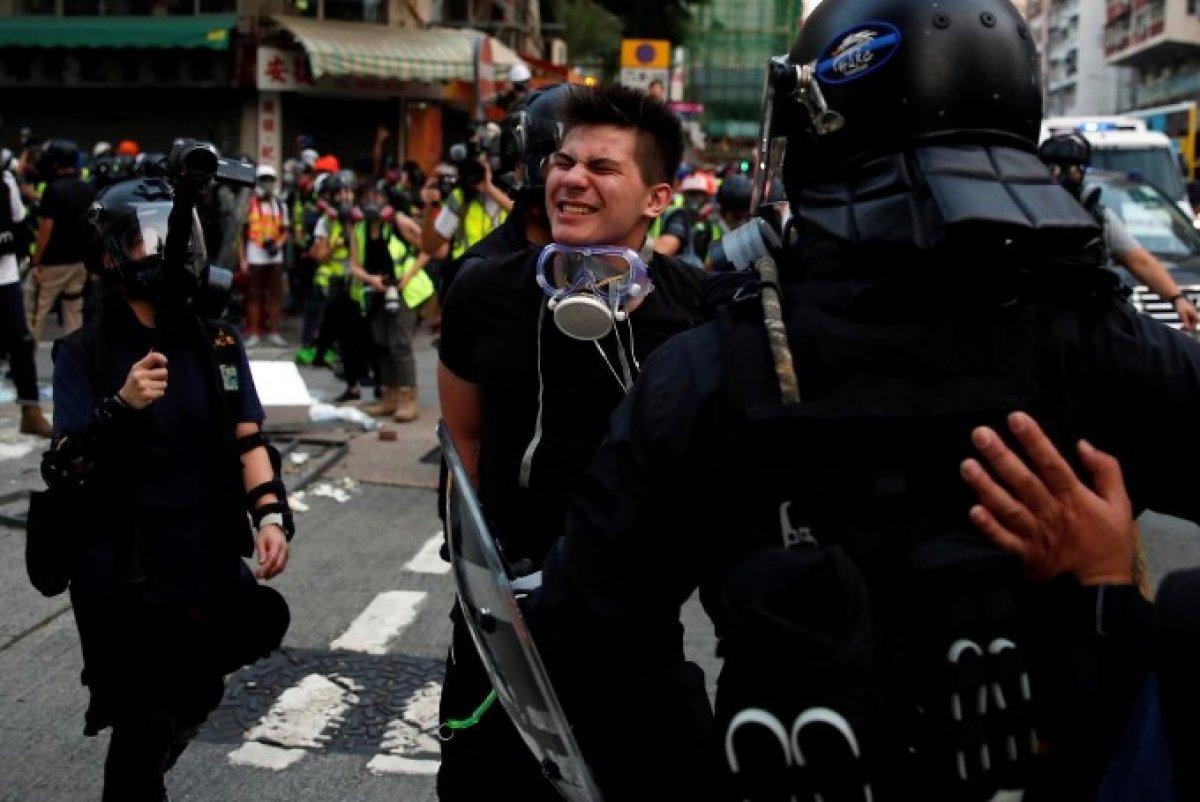 Along the march route, protesters trashed metro stations and hundreds of shops, throwing goods onto the streets. Several Chinese banks were targeted.

Police had declared Sunday’s march illegal due to concerns over public safety. Protesters, ranging from young students to the elderly, many carrying umbrellas to shield their faces from street surveillance cameras, face arrest.