Police fired live rounds at close range at protesters in Sai Wan Ho on the eastern side of Hong Kong island and said one protester was wounded.

Hong Kong police shot and wounded one protester who, hospital officials said, was in critical condition on Monday, as the Chinese-ruled territory spiraled into rare working-hours violence in its 24th straight week of pro-democracy unrest.

Police fired tear gas in the Central business district where some protesters, crouching behind umbrellas, blocked streets as office workers on their lunch break crowded the pavements and hurled anti-government abuse. 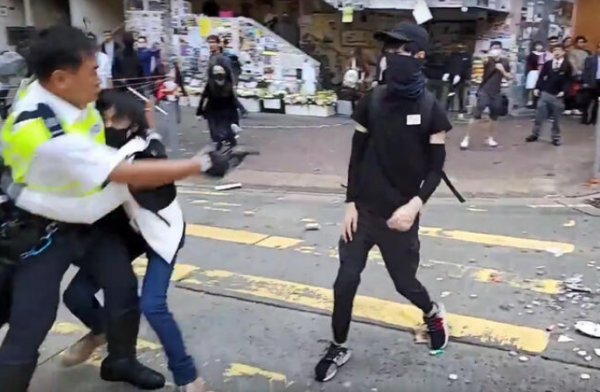 Protests have happened almost daily in Hong Kong, sometimes with little or no notice, disrupting business and piling pressure on the government. But it was rare for tear gas to be fired during working hours in Central, lined with bank headquarters and top-brand shops at the foot of Victoria Peak.

Video footage showed a man lying in a pool of blood with his eyes wide open. Police also threw a woman to the debris-littered street and pepper-sprayed her in the face as plastic crates were thrown at officers.