UN says at least 1 million Uighur Muslims have been detained in camps in Xinjiang since 2017 under a campaign.

Hong Kong riot police pepper sprayed protesters to disperse crowds in the heart of the city’s financial district on Sunday after a largely peaceful rally in support of China’s ethnic Uighurs turned chaotic.

Earlier in the afternoon more than 1,000 people had rallied calmly, waving Uighur flags and posters, as they took part in the latest demonstration in over six months of unrest.

A mixed crowd of young and elderly people, dressed in black and wearing masks to shield their identities, held up signs reading “Free Uyghur, Free Hong Kong” and “Fake ‘autonomy’ in China results in genocide”. 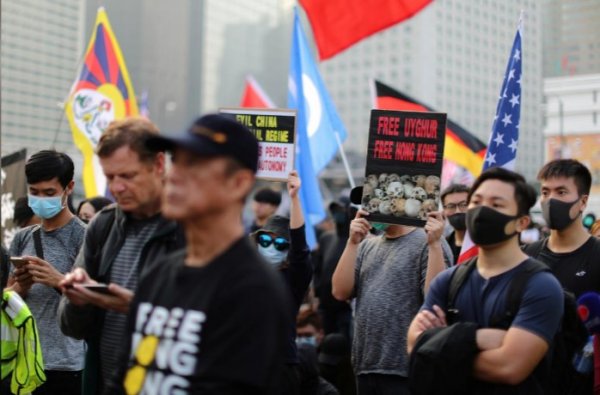 The protest comes after midfielder Mesut Özil of English soccer club Arsenal caused a furor in China after he criticized the country’s policies toward the Muslim ethnic minority in the restive northwestern region of Xinjiang. 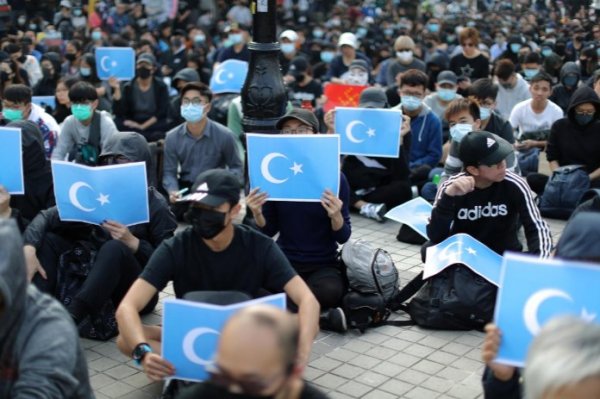 Özil, a German Muslim of Turkish origin, tweeted that Uighurs were “warriors who resist persecution” and criticized both China’s strong hand in Xinjiang and the relative silence of Muslims in response. 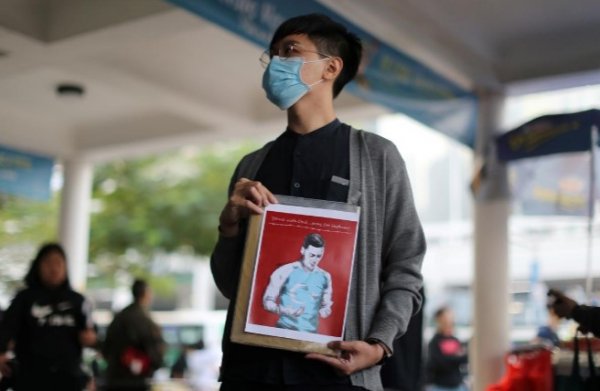 “I think basic freedom and independence should exist for all people, not just for Hong Kong,” said a 41-year-old woman surnamed Wong who attended the protest with her husband. 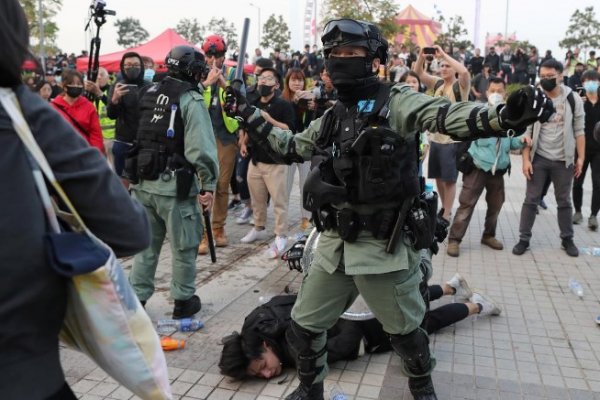 Beijing says it is providing vocational training to help stamp out separatism and to teach new skills. It denies any mistreatment of Uighurs.