One of Hong Kong police’s media liaison officers was hit in the leg by an arrow on Sunday.

A policeman was wounded on Sunday when one of the protestors hit him with an arrow in Polytechnic University of Hong Kong, which is currently occupied by the protestors.

Despite that Saturday marked a relatively calm day in Hong Kong, protests restarted on Sunday with more violence. While policemen were cleaning the barricades set in front of the Polytechnic University, some of the protestors started throwing bricks on them, which led to the former's closure of nearby roads. 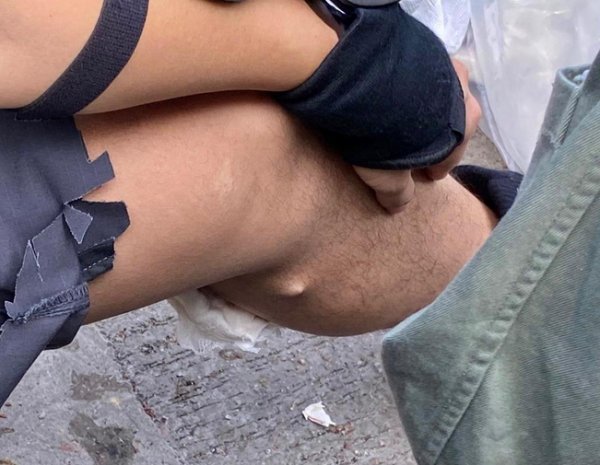 Hundreds of policemen were dispatched to the area, then they intervened with the protestors with water cannons and tear gas.

Some protestors started throwing molotov cocktails and the clashes between conflicting parties soon moved to Cross-Harbour Tunnel, which is near the university.

The police vehicles failed to advance due to obstacles set by protestors while flames were rising at the tunnel entrance. 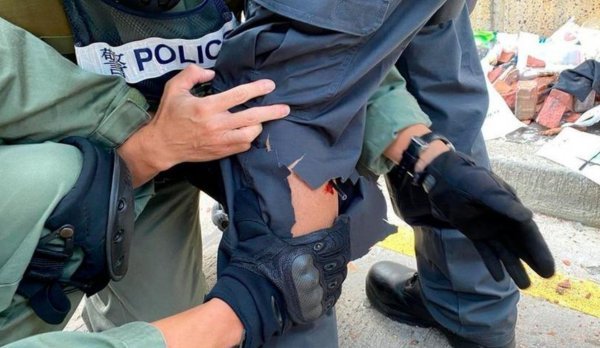 Having secured the university entrance, a police officer told Anadolu Agency that one of his colleagues was wounded by an arrow shot by the protestors. 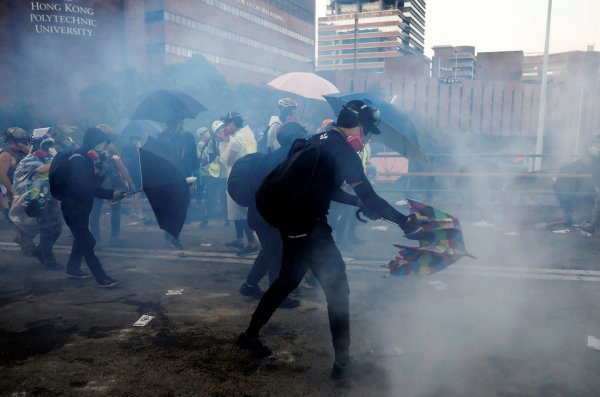