The death of the student at a hospital on Friday is fueled anger with the police in Hong Kong protests.

Hong Kong protesters are planning a 24th straight weekend of pro-democracy rallies, including inside shopping malls across the Chinese-ruled city on Sunday, some of which have started peacefully in recent weeks and descended into violent chaos.

Protesters have also called for a general strike on Monday and for people to block public transport, calls that have come to nothing in the past. 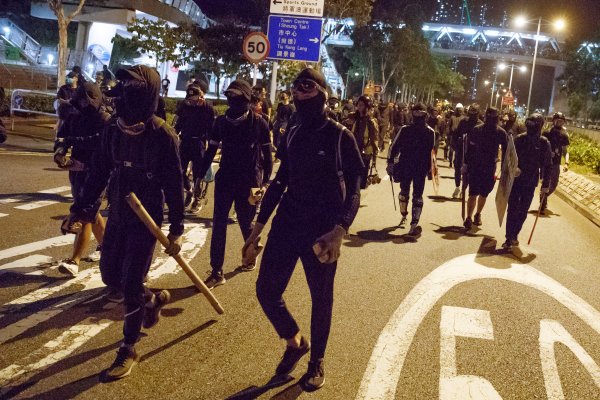 A rally originally planned for Saturday to mark the 30th anniversary of the fall of the Berlin Wall was postponed. A “support martyrs” assembly is expected in the evening, likely focusing on protesters’ demands for universal suffrage for the former British colony. 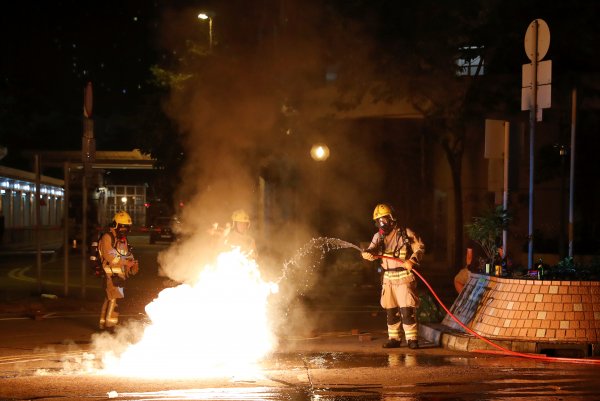 Police granted permission for the gathering at Tamar park, in front of central government offices, one of the rare approvals for a protest in recent weeks. 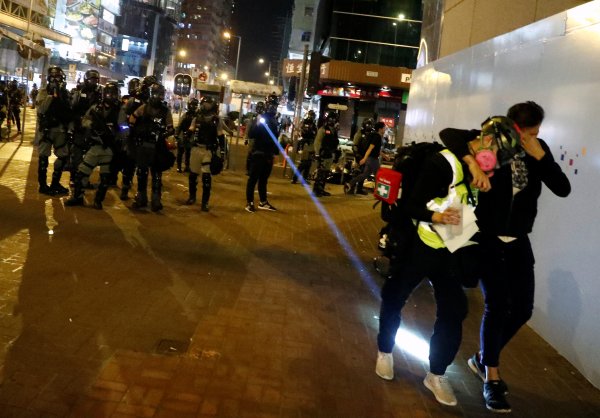 Candlelight vigils mourning a student who died after a high fall during a rally in the early hours of Monday quickly spiralled into street fires and clashes between protesters and police on Friday. 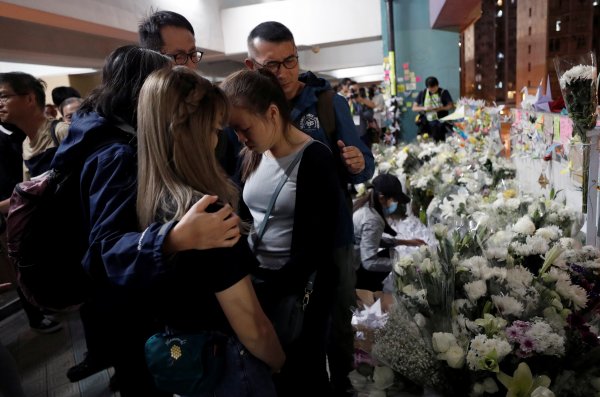 Police fired one round of live ammunition to warn what they called “a large group of rioters armed with offensive weapons” who threw bricks at officers trying to clear street barricades in the Kowloon area on Friday night, police said in a statement.

Chow Tsz-lok, 22, fell from the third to the second floor of a parking lot as protesters were being dispersed by police. 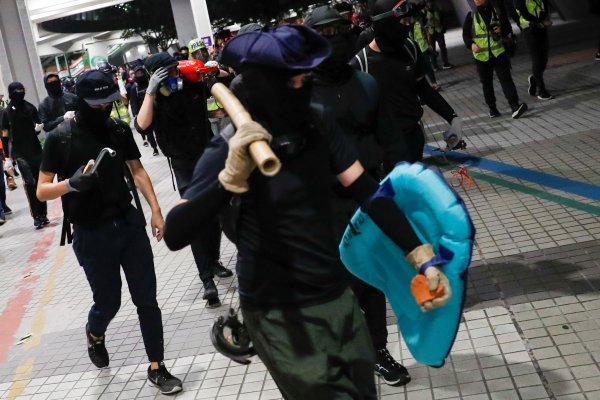