Since early April, forces loyal to Haftar have been launching a campaign to capture Tripoli from forces of the GNA, Libya's UN-recognized government.

Militias loyal to renegade Libyan general Khalifa Haftar targeted the only international airport in the country's capital Tripoli on Friday.

AIRPORT WAS OPEN TO CIVILIAN USE

In a statement, the Government of National Accord (GNA) said Mitiga Airport -- open to civilian use -- was hit by missiles. It was temporarily closed for a short time immediately after the attack, but has now resumed flights. 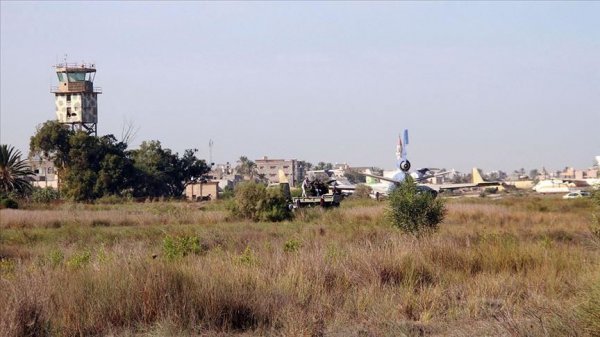 The airport had only recently reopened after flights had been suspended when Haftar declared Tripoli and surrounding areas a "no-fly zone," threatening to down any aircraft.

Libya has remained beset by turmoil since 2011, when long-time ruler Muammar Gaddafi was ousted and killed in a bloody NATO-backed uprising after four decades in power.

The oil-rich country has since seen the emergence of two rival seats of power: one in eastern Libya, with which Haftar is affiliated, and the Tripoli-based GNA, which enjoys UN recognition.