Two militants were killed in a gunfight with security forces in south Kashmir district.

Two militants were killed in a gunfight in the southern part of Indian-administered Kashmir on Friday morning, police said.

In an official statement, police said the incident occurred in the Braw Bandina village, the Awantipora area. They were informed about the presence of the militants in the village prior to the gun battle.

The police are on a mission to identify the militants killed, and to find their affiliations, the statement added. 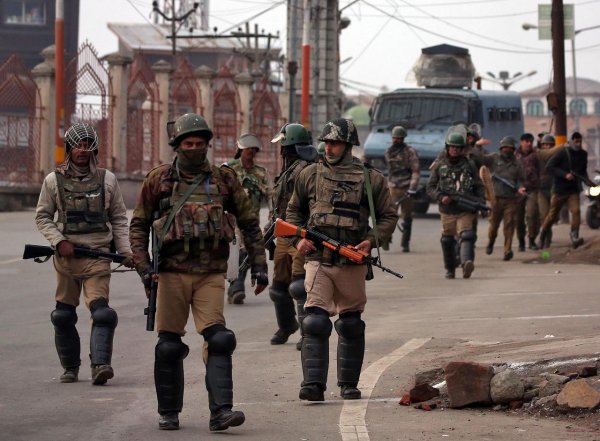 The killings happened two days after five paramilitary personnel were killed in a militant attack in the Anantnag district, Kashmir's south. The killings also came on a day when the Shanghai Cooperation Organization summit is being held in Bishkek, the Kyrgyz capital, with the attendance of both Pakistani Prime Minister Imran Khan and Indian Prime Minister Narendra Modi.

The Internet was interrupted in the south of Kashmir soon after the militant killings as people took to the streets at various places, chanting slogans for independence and pelting the heavily armed Indian forces with stones.