At least 12 people have been killed and 4 injured in an attack at a Virginia Beach Municipal Building Friday, according to authorities.

The death toll rose to 12 in a shooting at a municipal center in Virginia Beach, Virginia, on Friday, according to the local police chief.

"We do have an additional victim. [We] now have 12. One victim succumbed to the injuries on the way to the hospital," James Cervera said at a follow-up news conference. "We also have four additional victims being treated in area hospitals."

"He is a longtime employee of the public utilities," Cervera said. A police officer who was shot was saved by his bulletproof vest. The suspect was killed after exchanging gunfire with officers. 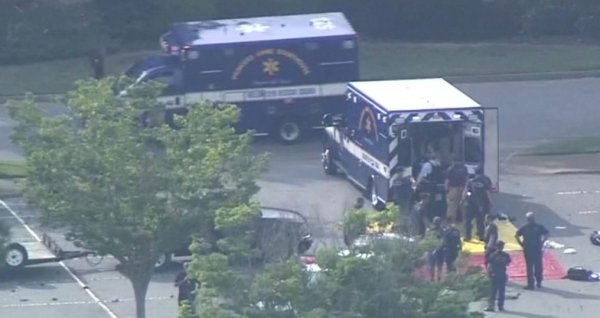 Cervera said police identified the shooter but would not disclose his name until authorities could reach family members. "We're going to mention his name once and then he will be forever referred to as the suspect," he said.

Authorities recovered a .45-caliber handgun with extended magazines and a suppressor.

Virginia Beach Mayor Bobby Dyer said the shooting was "Virginia Beach's darkest hour." "A senseless crime happened and imposed tremendous grief upon the people of Virginia Beach, the commonwealth and this country," he said.