The government cites irregularities in self-proclaimed interim president's financial records for the move.

The Venezuelan government said Thursday that it has barred opposition leader Juan Guaido from holding public office for 15 years, according to local reports.

HE WAS ACCUSED OF RECEIVING MONEY

The National Assembly leader was accused of having inconsistencies in his personal financial disclosures and a spending record higher than his income, according to a statement by state comptroller Elvis Amoroso.

Amoroso said all lawmakers were obliged to disclose their financial status and spending in line with Venezuelan laws. Guaido had made 91 international trips, for which he spent 300 million bolivars ($30 million) and did not record where the money came from, Amoroso added. He was also accused of receiving money from national and international associations without any reason. 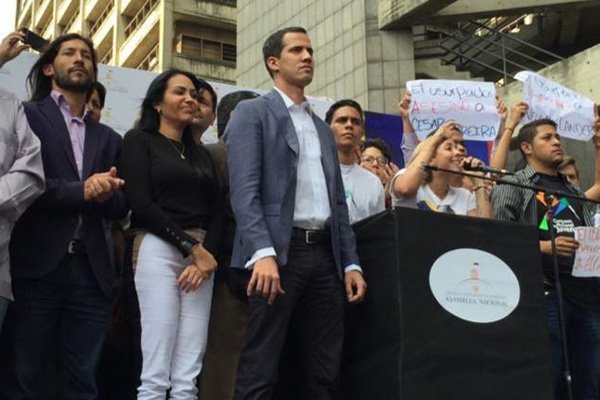 Guaido declared himself interim president of Venezuela in January amid an economic crisis there.

The US was the first nation to recognize him as Venezuela's leader. Dozens of nations, including most in Latin America, have followed suit.

But Venezuelan President Nicolas Maduro, who is strongly supported by Russia, has refused to cede power, instead insisting that he is the target of a U.S.-orchestrated coup.