One of four Greek fighter jets approaching the TCG Cesme in the west of Lemnos Island launched a chaff cartridge from two nautical miles (2.3 miles) away, according to security sources.

The TCG Cesme was engaged in hydrographic surveying activities during the incident and is slated to continue its scientific and technical research in the region until March 2 under its annual activity schedule.

Sources from Turkey's National Defense Ministry said the ship had given the necessary response to harassing Greek warplanes flying at an altitude of 1,000 meters (3,280 feet).

Chaff prevention systems are found in most military aircraft and are used to trick heat and radar-guided missiles. The cartridges are launched either by the pilots or automatically by on-board systems.

Commenting on the incident, Turkey's National Defense Minister Hulusi Akar said it was another case of "frequent harassment by our Greek neighbors. The necessary response was given within the framework of the rules."

"Our attitude, decision, and efforts we will make on this issue are clear. Nobody should doubt that," Akar added. 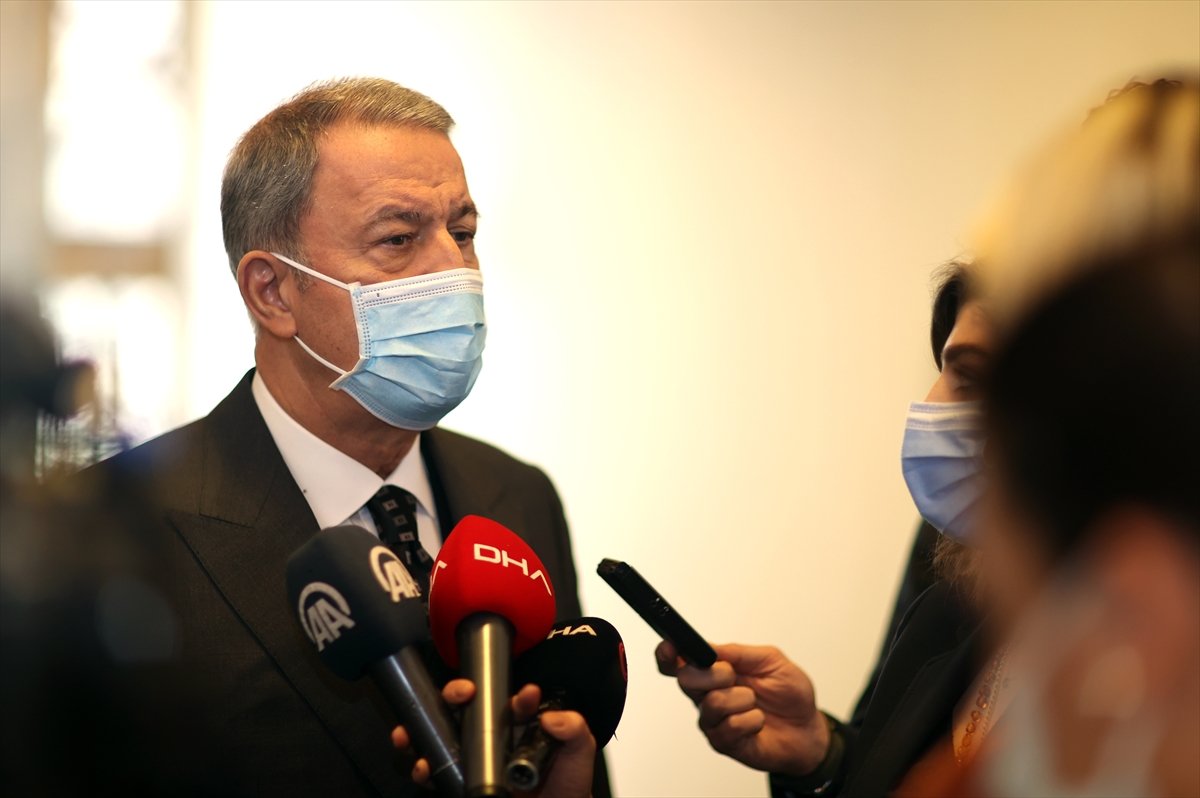 Greece has continued to escalate tensions in the region since the restart of exploratory talks between Ankara and Athens earlier this year, according to Turkish sources.

Since Jan. 25 when the talks began, 20 Greek vessels and numerous air elements have carried out military exercises in the area, including in international waters northwest of Skyros island.

It further issued a notice that its submarines would hold a practice-fire exercise in the Aegean Sea and the Mediterranean between March 17 and April 27, again declaring Bozbaba, Samothrace, Limnos, Lesbos, Chios, Psara, as well as the also demilitarized-status Meis, as being within its territorial waters.

Security experts have described Greece's activities as a clear indication of stoking tensions and aversion to compromise, negotiations, and dialogue.