Lufthansa on Monday said it would now talk to unions about deeper cuts as it aims to reduce monthly cash burn to 400 million euros from 500 million.

Lufthansa announced further cuts to its fleet and workforce on Monday along with a 1.1 billion euro ($1.3 billion) impairment on idled aircraft as Europe’s worsening coronavirus situation spread gloom across the airline sector.

The German airline group, hit hard by its reliance on Asian and other long-haul routes as well as stalled business travel, said it now expects to operate at only 20-30% of capacity in the fourth quarter. “The outlook for international air traffic has significantly worsened in recent weeks,” it said.

THE COMPANY’S SHARES WERE DOWN 9.5 PERCENT

Lufthansa now plans to reduce its fleet by 150 aircraft - 50 more than previously planned - and cut more jobs than the 22,000 full-time equivalent positions already identified as surplus.

The beginnings of a summer rebound proved short-lived in Europe, as resurgent coronavirus infection rates in Spain, France and elsewhere prompted new travel curbs and quarantines, which have been criticised by airlines as a disproportionate travel deterrent. 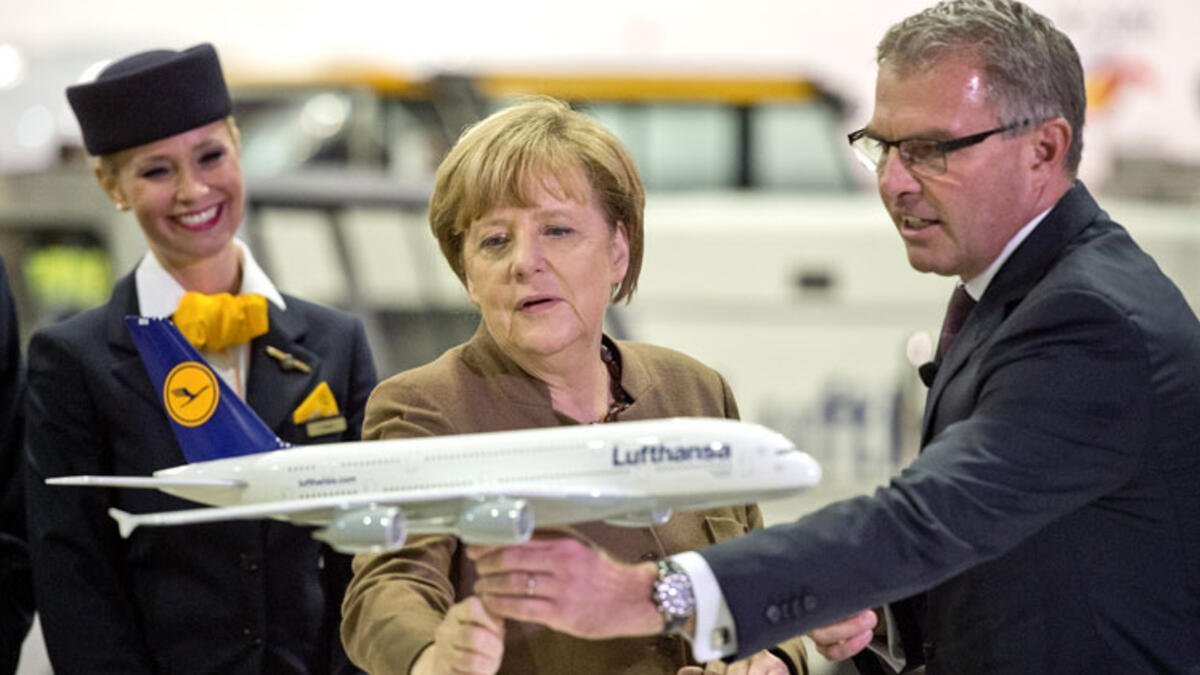 The replacement of quarantines with pre-flight virus tests is “an essential prerequisite” to a recovery, Lufthansa said.

Its shares were down 9.5 percent at 7.79 euros at 1605 GMT, the second-biggest decline in a sharply lower European sector in which British Airways owner IAG’s shares slid by 12%.

Lufthansa, which also owns Austrian Airlines and Eurowings, said it would transfer its eight remaining Airbus A380 superjumbos and 10 A340 jets to long-term storage. By early 2021 management positions will be cut by 20% and administrative office space in Germany by 30%, Lufthansa said.